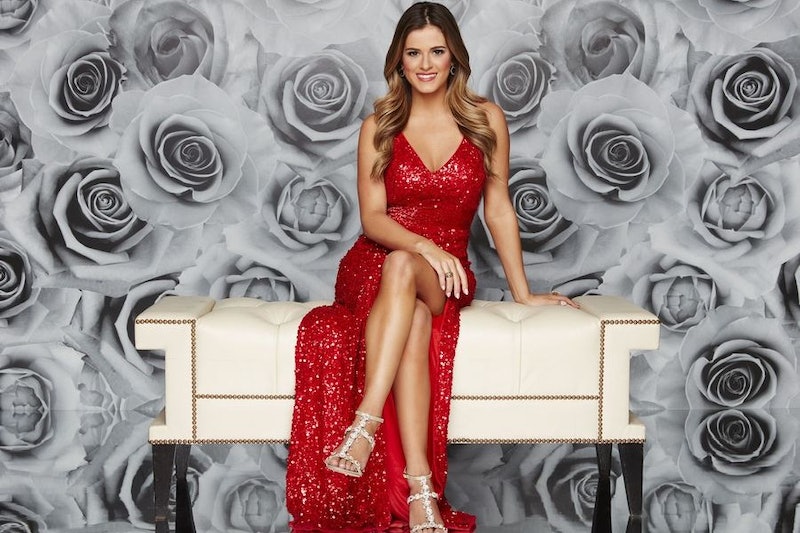 It's the most wonderful time of the year. No, not holiday season, and no, not your birthday either. (Sorry.) It's Bachelorette season. It's hard to keep track, but if you've been watching The Bachelorette since it began, you've been here for 12 seasons. Yes... 12. Joelle Fletcher is the 12th reigning queen of the franchise, and we — you and I and Chris Harrison — have been doing this dance for 13 whole years. The Bachelorette has changed so much since that first season in 2003 — since we laid eyes on a young, humble, unaffected first Bachelorette, Trista Rehn (now Trista Sutter). Some of it has been for the better, and some of it for the...not better.

If you are somehow unaware (how?), the series revolves around one hopeful soul of the female variety (usually one that has just been ruthlessly rejected from a previous Bachelor season) and a pool of 25 other hopeful souls of the male variety. These things are constant. (Well, sort of. Last year's Bachelorette started out with two hopeful souls of the female variety... but I digress.) What I'm trying to say is that yes, while the premise of the show has basically remained the same, The Bachelorette has changed so much over the years. Here's how:

When The Bachelorette first began, contestants were not flown all around the world to exotic and romantic vacations. But since the fifth season, the Bachelorette and her gang of potential suitors get to go everywhere.

Trista Sutter only kissed three guys on the inaugural season of The Bachelorette. It's possible that this was just personal preference, but it's also possible that were just more accepting of PDA on TV now.

When The Bachelorette started, no one, seriously no one, was talking about the sex the leads may or may not be having on the show. After it was discussed in Andi's season, it was pretty much made a huge plot line in Kaitlyn's.

4. The Average Age Of The Bachelorette Has Declined

Back when The Bachelorette first started, it wasn't the norm for ABC to pick the next Bachelor based off the pool of men from the show. Now, we know that's pretty much par for the course. Which means that a lot of guys might come on the show with the hopes of landing that coveted spot.

The Bachelorette knows not to take itself too seriously — at least, for the first couple of episodes. It's clear that a handful of eccentric characters are dropped in to stir up some plot lines and create drama. For the first couple of seasons, this wasn't the case, but now it's become the norm.

7. Leads Make Connections With Other Members Of The Bachelor Family

8. There Are Spin-Off Shows

Which means that whatever the contestants are doing on the show will be watched more carefully by both producers and the fans. If they want a shot at getting on Bachelor in Paradise, they have to either become a fan favorite — or a villain.

Social media has straight up changed the game. Like, last season when Kaitlyn maaaaybe accidentally spoiled who won her season on Snapchat. Or this season, when one Jojo's contestants — Jordan Rodgers — has been put on blast by his ex-girlfriend on social media. Plus, there's all the interactions between the fans on social media, which informs who becomes a favorite and who people hate, which then in turn informs who gets to go on Bachelor in Paradise and who becomes the next Bachelor. Ah, it's all so connected.

Whether you're a fan of consuming The Bachelorette with the spoilers or if you try to stay away from them, it's clear that it's almost impossible to escape finding out who wins, which alters both the way we watch and discuss the show.

11. There's More Of A Willingness To Break The Rules

Like last season, when Kaitlyn decided to keep Nick on the show, or when she had an overnight date with him. Basically, anything that involved Nick. What I'm really saying is, anything will be done for added drama, and sometimes that means shaking things up and veering off from the "rules."

Since it appears that The Bachelorette won't be going off air anytime soon (fingers crossed, foreals), you better believe things will continue to evolve.