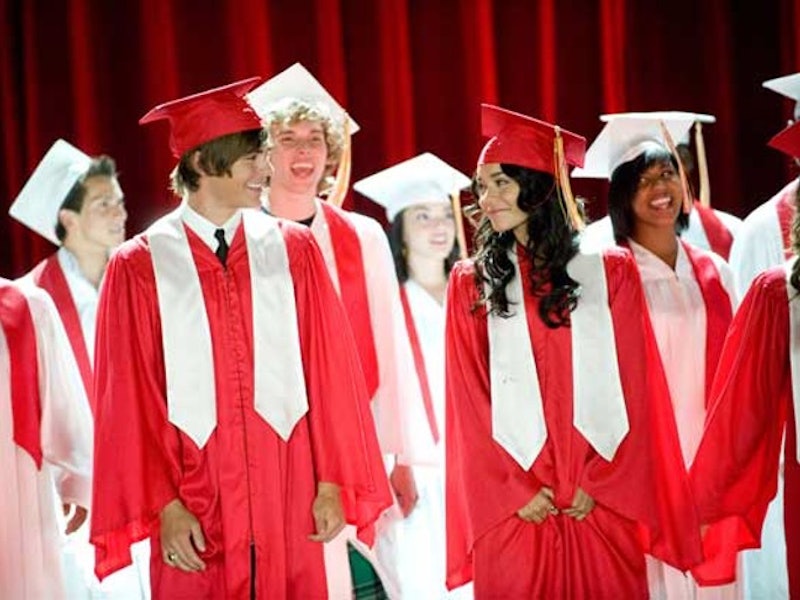 If you are still marathoning Disney Channel original movies as an adult well into the summer (as you should be: they're amazing), you'll be getting the best nostalgic fix of young love around. There are too many adorable pairings to count that have happened over the years. Yet somehow, the formula is usually the same. Whether it's two best friends falling for each other or teens caught up in a meet-cute and ending up together by the time the credits roll, it's predictably adorable. This usually spills over to the couples on our favorite Disney Channel TV shows. It was hard to find a couple that wasn't working well together, mostly because they were well-matched. The couples we watched may have been pretty aspirational but, luckily, they let us see that it was possible to be young, in love, work through some really nuanced emotional territory and come out the other side relatively unscathed. Falling in love may be tricky but someone's gotta do it. For couples on the Disney Channel, the story usually ends pretty well.

There were some Disney Channel couples that rose above the rest. Some that were so iconic, so perfectly matched, so delightful that they have (consciously or not) become the benchmark for our real life couple goals. Who were some of the best? Read on and take a trip down memory lane.

You better show some love for literally one of the best couples ever to grace the channel of Disney. Their friendship led to a searingly great kiss in Italy. Gordo was so supportive of Lizzie and Lizzie always trusted Gordo. Together through thick and thin, they were perfect.

I could write an actual novel about how Cory and Topanga's relationship is the end-all be-all definition of "love." Soulmates, ride-or-die, partners in crime, besties...the list goes on for these two. If you want to watch the best exploration of a relationship as it spans a literal lifetime, watch these two.

Another case of besties who were meant for each other. While Kim made for one of the best Disney Channel heroines, Ron was always right by her side. He cheered her on, helped her out and she was the better for it. They understood each other. It was kismet.

Two celebs in a functioning relationship? You better believe it. Jake Ryan adored Hannah, famous or not. He earned her trust and treated her like a queen. Yes, please!

When your boyfriend is from the future, hilarity can ensure. Keely may have been the voice of reason but Phil kept her laughing along the way.

One of the best duos on the block were Troy and Gabriella. A classic case of opposites attracting, these two were soarin', flyin', and supportive of each other's dreams.

Maybe the cutest and wackiest Disney Channel chick, Raven needed someone to smooth her out and hold her down. Even through tough times (like going long-distance), Devon was always there for his girl.

They literally make sweet music together and that makes us viewers #blessed to witness it. Shane pulled Mitchie out of her shell and Mitchie pulled Shane out of the celebrity bubble and down to earth.

Because who says the lead character is the only one who gets a happily ever after? Lily and Shane were adorable and definitely deserved a sweet ending of their own.

Let's face it: Disney knows how to do romance right.

More like this
Alicia Silverstone Has Recreated An Iconic 'Clueless' Scene
By Frances Stewart
Everything To Know About 'Scream 6'
By Jack Irvin and Jake Viswanath
Emma Thompson, Lashana Lynch, & Stephen Graham Lead Netflix’s 'Matilda'
By Sophie McEvoy
Why You Loved 'One Tree Hill' So Much — And Still Do
By Sabienna Bowman and Radhika Menon
Get Even More From Bustle — Sign Up For The Newsletter