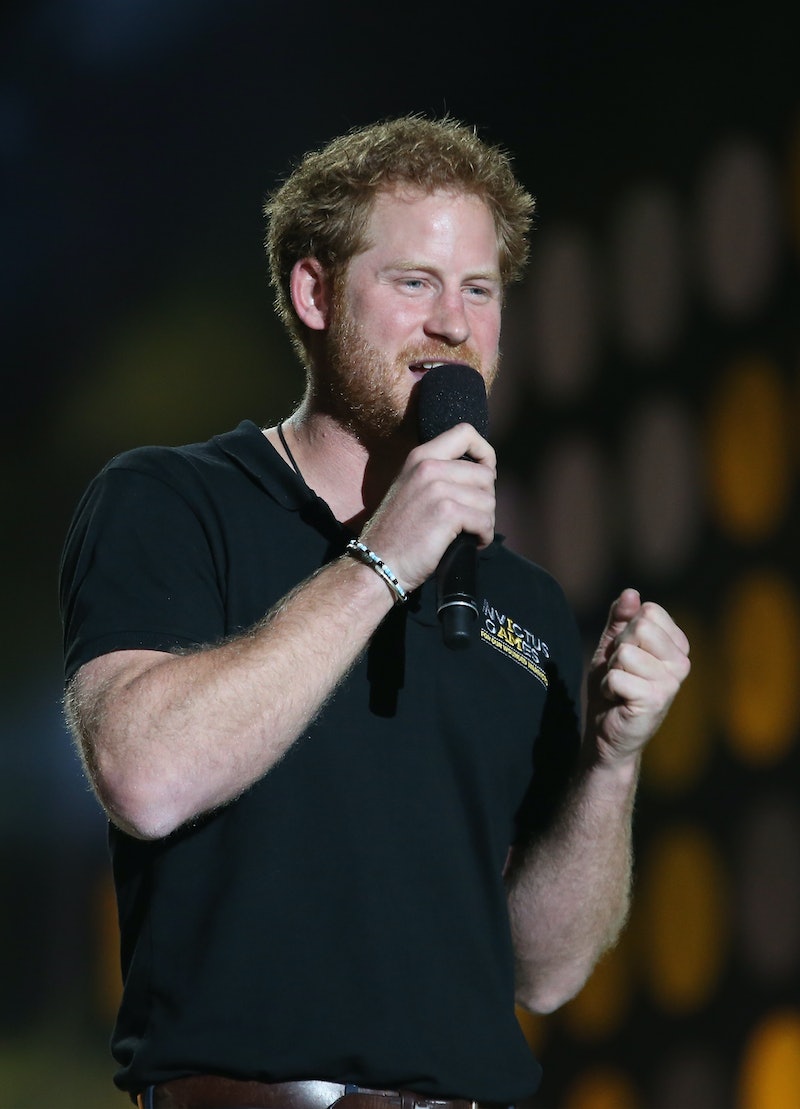 The prince of hijinks (and England) is back at it again. On Saturday, Prince Harry hilariously photobombed former America's Next Top Model contestant Winnie Harlow at the Audi Polo Challenge in Berkshire, England. Harlow shared the hilarious photo to her Instagram, captioning it: "When you're trying to have a serious convo but your agent and Prince Harry aren't serious at all."

The Canadian-born Harlow, also known as Chantelle Brown-Young, competed on the 21st season of America's Next Top Model, coming in sixth place. She has since become the brand ambassador for Desigual and booked many high profile modeling campaigns. However, her biggest break so far was an appearance in Beyoncé's visual album Lemonade; Harlow appears in the visuals for the songs "Forward" and "Freedom." She's also close with Drake and got a shoutout in his recently released album Views, earning the coveted title of "6 Goddess."

She's clearly still starstruck by the British royal family, though, captioning another photo of both William and Harry at the same event, "Canadian girl on British territory (how did this photog get Prince Will & Harry in this shot!? Very cool 👌🏾🇬🇧)." Imagine how she must have felt when she discovered Prince Harry goofing off in one of her photos?

This isn't the first time that the silliest member of the British royal family has photobombed pictures. At the Commonwealth Games in 2014, Prince Harry provided a hilarious view in the background of this photo of three New Zealand officials at a swimming event.

His brother William has gotten in on the photobomb fun as well, appearing blurrily in a photo of bicyclist Chris Hoy in 2014.

Even the Queen herself has joined in, perhaps winning the photobomb crown with her goofy grin in the background of these hockey players' selfie, also at the Commonwealth Games.

I'm still waiting on a good photobomb from Kate Middleton, but no one's been able to take a picture where she doesn't look perfectly polished yet.