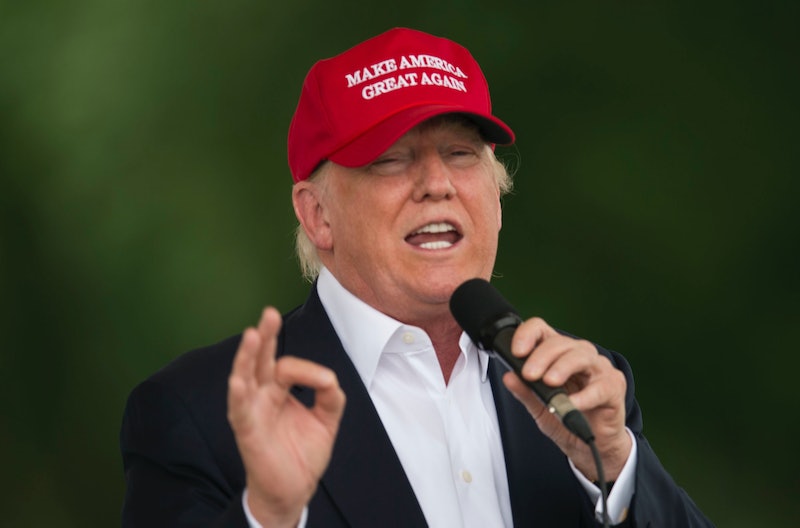 Those who suffered through the seemingly never-ending string of debates during the primaries may not be too excited about yet another presidential forum, but the first one is less than four months away. So, how many presidential debates are there? Now that it’s clear that Donald Trump and Bernie Sanders won’t be debating each other, it looks like we’ll have to wait until September to see two presidential contenders go toe-to-toe on the debate stage.

There will be three officially-sanctioned presidential debates, according to the Commission on Presidential Debates (CPD). They’ll be taking place on September 26th in Ohio, October 9th in Missouri, and October 19th in Nevada. There’s also going to be one vice presidential debate sandwiched between the first and second presidential forums on October 4th in Virginia.

For the last couple of election cycles, it’s been standard operating procedure for the CPD to host three debates. But that wasn’t always the case — in fact, presidential debates are a relatively new phenomena in America.

The first televised presidential debate in the U.S. was held in 1960 between Richard Nixon and John F. Kennedy. Famously, Nixon refused to wear any makeup during that debate, and instead slathered his face with a cheap product called “Lazy Shave.” As a result, Nixon appeared sickly, sweaty, and unshaven during the forum, and is widely-regarded to have lost the debate for this reason.

In each of the following three elections after Nixon, the major party presidential candidates didn’t both agree to debate, so none were held. Debates resumed in 1976 and have occurred every year since. They’re organized and hosted by the CPD, a private, non-profit, non-partisan firm.

It’s impossible to say what effect, if any, an individual presidential debate has on the election. However, they serve an important and unique purpose in American politics, as they’re often the only time voters get to see the presidential candidates in the same room together, let alone discussing their policies.

In 2016, candidates will be invited to the debates if they a) have an average of 15 percent support in the polls and b) will appear on the ballot in enough states to win an electoral college victory. Trump and Hillary Clinton will certainly fit this criteria, and depending how the next couple of months go, Libertarian Party candidate Gary Johnson could make the cut as well.

The CPD hasn’t announced who’s going to moderate the 2016 debates, or what the format will be, but in all likelihood, they’ll be receive high ratings regardless. In the meantime, let’s be thankful that, unlike primary season, the general election debates will start and end in less than one month.