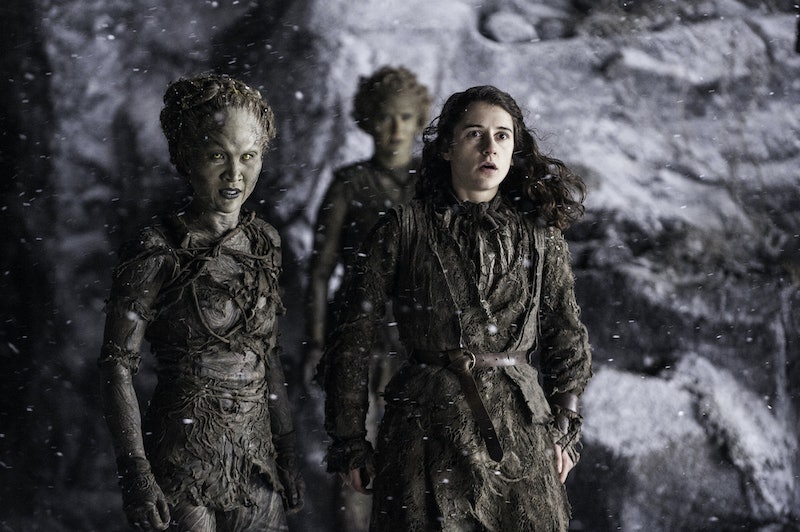 Game of Thrones made a bold choice on Sunday's episode. Benjen Stark, Bran and Meera's savior, may be a little more important than you thought, especially if you haven't read the books. Who is Coldhands on Game of Thrones ? Benjen is taking on a mysterious destiny.

Coldhands is a character from the Game of Thrones books who helped out not only Bran beyond the Wall, but also Sam and Gilly. It used to be a popular fan theory that Coldhands was Benjen Stark, which George R. R. Martin debunked, according to People. However, the HBO adaptation is going for it and combining the characters, according to the episode's writer/producer Bryan Cogman in an interview with Entertainment Weekly.

Here are some cool things from A Song Of Ice And Fire about Coldhands, no pun intended. He's kind of like a Friendly Zombie. He's partially a wight, not to be confused with a White Walker. He doesn't need to breathe, but the magic of the Wall prevents him from crossing. Both Leaf and the Three-Eyed Raven know him. He was probably a member of the Night's Watch, or at least knew/killed someone who was.

He also rides a freakin' elk. That's pretty much the coolest thing ever.

It's unclear as to how much of Coldhands from the novels will translate to the HBO series. Hopefully the elk, at least. Bran needs something to warg into again on this show. I'm glad that Game of Thrones is making moves like this. Anything can happen now. It makes me nervous, not knowing what's coming next, but I really like it!