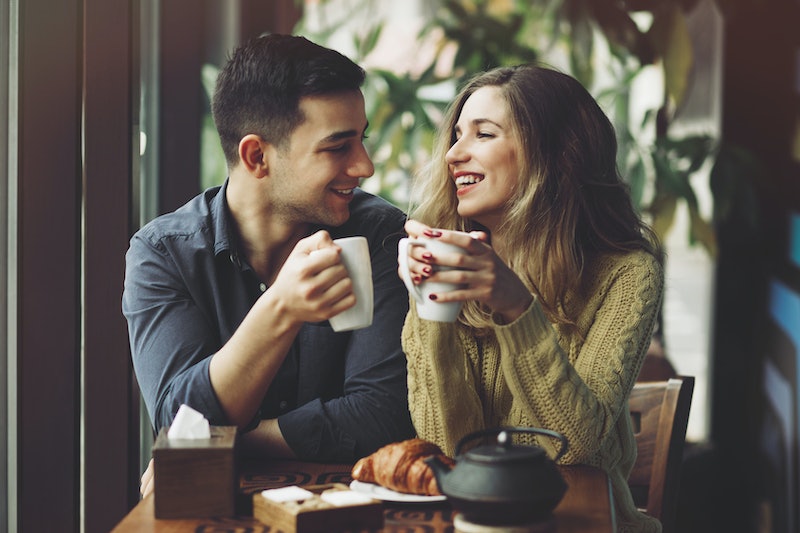 I can’t tell you how many times (mostly over wine and bread dissolving in a thick, salty olive oil), I’ve argued with my friends about why I’m single: “But I’ve tried everything! All of it! Nothing is working! All relationships go wrong!” They try their best to reassure me that I am not — in fact — destined to be alone forever-and-ever, at the ripe ole’ age of 27, and I usually roll my eyes and change the subject.

In all honesty, I know that I’m overreacting (most of the time, there are some terribly awful dating experiences in my history, after all). But after many years of single with no real prospects, it wasn’t until I made a big change in my life that, well, didn’t seem so big, but made everything seem better: I deleted my dating apps. And yes, within a few months, I did meet someone who I dated for a few months.

Though the relationship didn’t work out, once I came out the other side, I found myself basking in the glow of my new perspective: I actually wanted to go on dates again. I was actually hopeful again. I had learned that online dating wasn’t for me, and that I have better luck when I put in an effort to do things I love and meet people along the way.

Every dater is different though, and your true love might be on Tinder, while mine might be at my next boxing class. Here, women share what finally made the difference in dating, and took it from exhausting to exhilarating:

1. “When I Finally Believed I Was Worth It.”

After my second marriage ended, I made a vow to myself that I was going to take care of myself, first, and that I was going to remain sexually abstinent until my wedding night (if in fact there was going to be another marriage in my future). I'm sure you're thinking that's so unheard of, but on my third date with the man who would become my husband on April 4, 2008, I spoke of the vow I made to myself, and it was up to him whether or not to accept my terms. Like myself, he had also experienced two failed marriages years ago, and he accepted my terms.

What I learned as a single mom for almost 20 years, is that [people] value what they perceive they cannot have. The higher a woman holds her countenance and self-esteem, the more [they] will want to make a good impression on her because he realizes she's actually worth pursuing.

As for our wedding night? Amazing, romantic, tender, loving and obviously memorable. So worth the vow I took and kept. Today we enjoy such a fun, companionable, extremely passionate, flirtatious, respectful marriage. Honestly we are like two 20-year-olds!” -Mary

2. “When I Stopped Taking It So Seriously.”

Over the years, I’ve done plenty of the formal one-on-one dates, and have found that more of a casual approach tends to work best. The idea is the really show the person who you really are, and I’ve found that this is easiest in a casual setting with a bunch of friends. Have [them] stop and meet you out for a cocktail when you’re with a fun group, and suddenly the pressure is off! -Kate

3. "When I Started Going Out With People I Normally Wouldn’t Have.”

The most effective dating habits that I have developed, is to have a very clear short list in my mind of what I'm looking for in a [partner] in terms of character and personality. And then say ‘yes’ to a date with a [person] that I wouldn't normally be attracted to. I accepted 30 dates that way.

By keeping my heart open and dating a variety of men, many of whom would have never been considered, I found the love of my life. A man who's full of kindness and integrity and treats me like a princess even though he's only 5'1" and if I had just judged the book by the cover, I would have missed the treasure. -Nedalee

4. “When I Started Asking About Their Childhoods.”

I spent seven years dating after my divorce. Rarely had more than a date or two with anyone. Then a friend gave me some fantastic advice for weeding out the potential drama people. Very subtly, inquire — as part of normal conversation during the first date — about their childhood memories. Seems safe — not talking about exes, right? — and it tells you what sort of relationship they have/had with their parents and siblings. If they don't get along with their families, that can be a big 'ol red flag. Using her advice, I was able to hone in early on the man I've been seeing now for 2 1/2 years. I knew he was a good guy by the way he spoke about his memories growing up.” -Victoria

5. “When I Started Listening And Moving On, Fast.”

“When I go out on a date with someone I use that opportunity to listen, collect data and to assess if he has the qualities of my Mr. Right. If he doesn't, he moves into the friend category and I move on. My purpose is to be in a long-term relationship, not wasting precious time on Mr. Wrong.” -Carey

6. “When I Started Dating Multiple People At Once.”

For a long time, I would go out with someone and like them, and then quickly get obsessed with them: ‘When would they text me back?’ ‘Are they really into me?’ ‘Am I being too much?’ And nearly every single time, I would get disappointed because I would become too invested too soon. A friend of mine suggested I try doing something I had never done: dating multiple people at once to balance my level of interest and keep my head open to possibilities. It totally worked. I’ll never forget when my now boyfriend of almost a year asked me over takeout, ‘Can we just date each other now?’ -Michelle