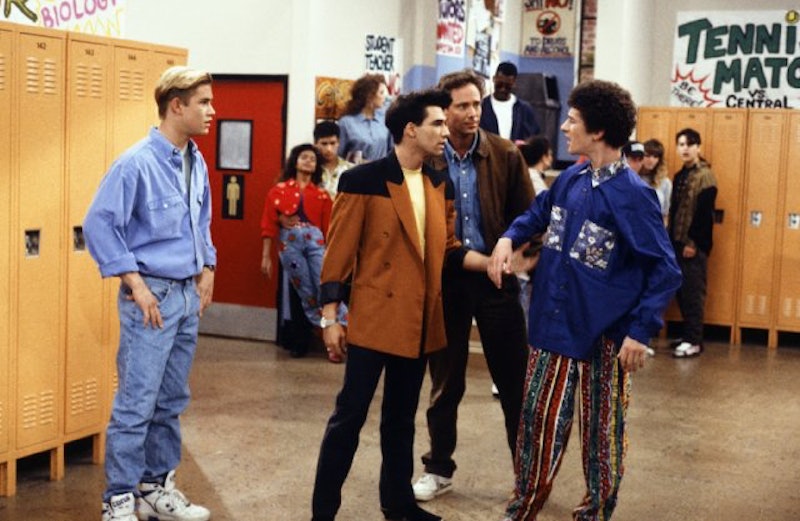 Sometimes I get jealous of younger millennials. Normally it happens when I’m trying to figure out Snapchat or something ridiculous like that, but it definitely does happen. Especially when it comes to more recent technology, terminology, and cultural references that millennials know and love, because I know when it comes to that stuff, as an older millennial I am like a fish out of water. And that’s largely because our generation is such a big one. Spanning between those born in 1980 to those born in 2000, we millennials make up a large chunk of recent history. And, because of that, that also means that there are things that were defining to me as an older millennial that barely register with younger millennials. Things like movies, fashion trends, and TV shows. Like these 19 TV shows that that younger millennials totally missed out on.

Sure, you younger millennials may have watched some of these shows already. You may have binge-watched them on Netflix or caught them once they were in syndication, but there really was nothing like watching these shows on primetime television. Because these were the shows that defined what we loved, what we talked about, what we wore, and what we older millennials were totally obsessed with.

Younger millennials may have caught this in reruns on ABC Family, but there was nothing like waiting for brand new episodes to air on primetime television.

2. The Fresh Prince Of Bel Air

Memorizing that theme song for older millennials was a right of passage.

3. Saved By The Bell

Younger millennials may laugh at these cheesey storylines now, but the way Kelly Kapowski teased her hair was what we older millennials lived by.

A TGIF original, this show was what older millennials waited all week to watch.

Extra credit to those older millennials who also lived by the movie that this TV series was based on.

JTT was the original millennial heartthrob.

This show was one you begged your parents to let you stay up and watch in you were born in the early ‘80s. And which Salinger brother you liked the most revealed so much about you.

The angst was so real, and Angela Chase defined all of those feelings for us.

Friday nights have never been the same since Urkel went off the air.

The first show that was smart and emotionally savvy. Every boy you crushed on for the entirety of 1998 was totally your Dawson.

Those hats weren’t a fashion throwback when you watched this show in real-time. They were real-life and you absolutely lived for them.

Just the opening credits of this show can make older millennials all kinds of nostalgic.

I’m not sure this show would be considered as family-friendly today, but Roseanne’s amazing wit and independence was super inspiring to older millennials.

What older millennials all wished camp could really be like. Too bad it was more rain and mosquitos than morning bugle calls and camp hijinks.

It was like a modern-day Parent Trap that older millennials lived for.

For older millennials, this was our first exposure to surrealism, and we were so happy to have Big and Little Pete (and that amazing tattoo) guide us gently into it.

This show may or may not be the driving force behind every single one of your vacation plans for your entire 20s. The fact that every older millennial opted for trips to dude ranches is no coincidence.

This show was totally inappropriate, but we older millennials are all definitely funnier because of it.

So whether you are an older millennial or a younger one, these are the shows that are definitely worth revisiting.