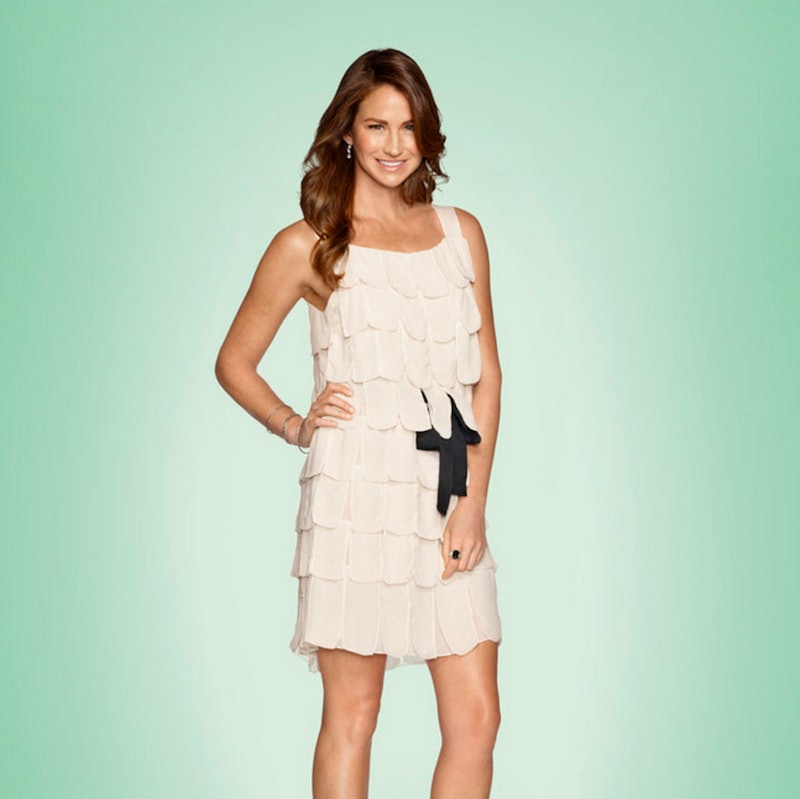 On Monday night’s Charleston Cup-erific episode of Southern Charm, a certain The Hills alumnus admitted The Thing We Loyal Viewers Have Suspected All Along: Landon has feelings for Shep. Now, how did this admission come to candlelight? I would be honored to recap the scene: Toward the top of ep, Landon met Cameran at a candle shoppe where they threw on aprons and took a candle making class. As they listened to the instructor’s instructions and poured wax into wax molds and stuck sticks into stuff (clearly, I understood the ins and outs of the whole process), Cameran asked Landon about her love life. Not 10 seconds into the conversation, Cameran brought up the elephant, er, Shep-lephant in the room: Does Landon dig Shep or what?

Landon's answer came as a surprise to literally no one: She has been charmed by the ever-charming charmer. Yup, Landon is into her longtime buddy (and impromptu arts and crafts partner) Shep. She seemed bummed about his blossoming relationship with Bailey (aka the woman who painted the surfboard portrait birthday gift that Landon wasn’t too keen on), and she also seemed to be ready to make a big move. Cameron told Landon to follow her heart.

Aaaaaaand for the next 45 minutes of the episode, I sat on the edge of my seat as I waited to find out whether or not the Shep and Landon (Shandon? Lash? Lahep? Shela? Eh, I’ll go with Lash for now) thing would become A Thing. Would she admit her feelings to her pal before episode’s end? Would they decide to pursue a relaysh? Or would there be an incredibly uncomfortable friend zone scene? What was in the cards for these two ridiculously attractive humans?

Alas, the Saga Of Lash was not resolved this week. However, in the preview for next week’s episode, we see Landon confess her maybe-love to Shep. What does he say?! Aughhhhhhh the suspense! (The Lash-spense?)

Until then, we’ll always have candles.