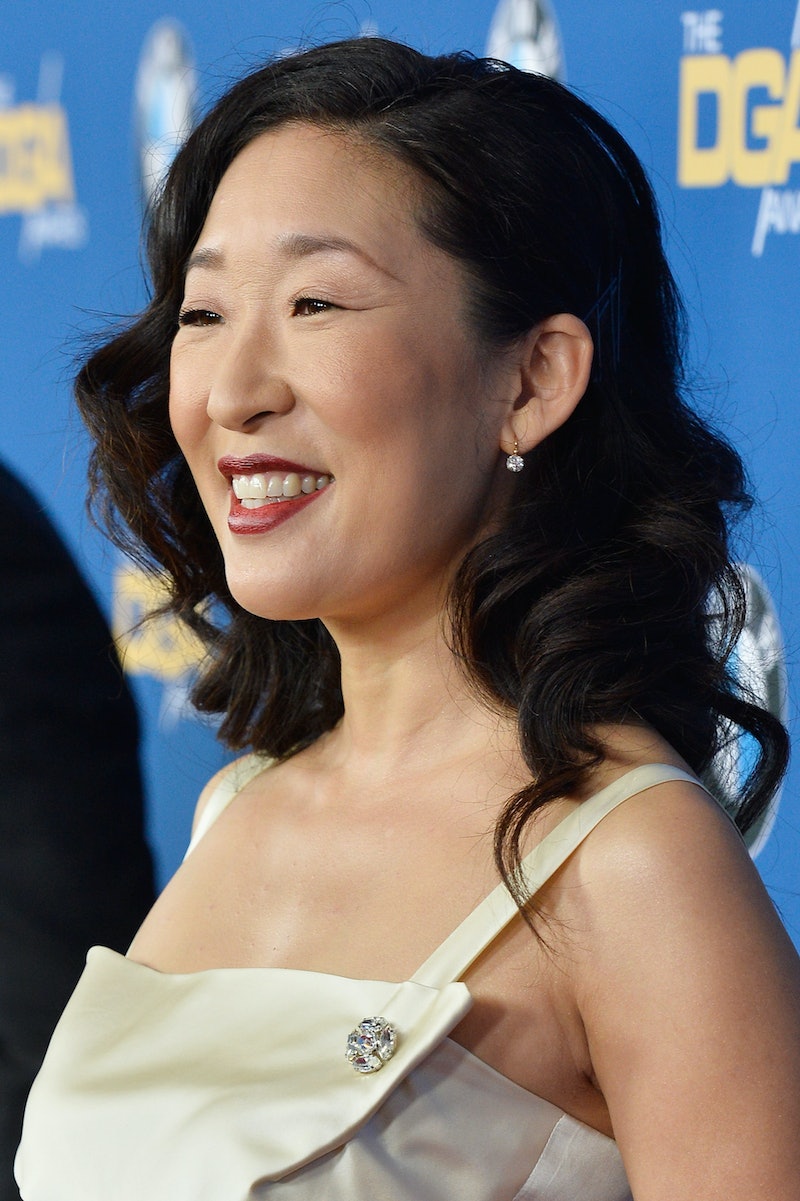 Shonda Rhimes creates some of the best female characters on television — they’re unlikable at times, they’re complicated, and they’re so real that I swear I could get coffee and gossip with them twice a week. My favorite, though, is Cristina Yang of Grey’s Anatomy fame. Played gorgeously by Sandra Oh for a decade, Cristina showed us that women could be smart and strong and able to stand on her own two feet without a man or a desire to have children. It’s all about choices, people. But, as much as I love her, I think Cristina should not come back to Grey's Anatomy for Season 13. She’s just got too much happening on the other side of the pond.

Cristina had two big relationships on Grey’s Anatomy — world-renowned heart surgeon Preston Burke, and former army medic Owen Hunt. She nearly married the former and actually did get hitched to the latter. Though Cristina always had a love story going on while she was on the show, I never felt like that was the highlight of her journey. To me, all of Cristina’s most interesting bits and pieces were about finding her footing as a cardiovascular surgeon. From working with Burke to cover up his tremors to fighting with Hahn for her place in the OR, Cristina’s focus was always on her surgery. And surgery is what she’s doing in Switzerland — she’s running a world-class, cutting edge clinic. Here’s why Grey’s Anatomy should let Cristina stay put to do what she does best.

Cristina used to be with Owen, and now Owen is married to Amelia Shepherd. I wouldn't want a return to have Cristina being overcome with jealousy and needing to break up Owen’s marriage. That would be reducing Cristina down to a love story, and she is clearly so much more than that.

I could have seen Cristina coming back post-McDreamy death or when that prisoner in a fugue state attacked Meredith — that’s when Mer would have needed her “person’s” support the most. But what’s happening to Meredith now? She’s banging Riggs and her life is mostly settled down. Meredith certainly doesn’t need comforting right now.

When characters leave a television show, the other members of the cast fill in the holes that are left. It happened when Patrick Dempsey's Derek Shepherd was killed off the show, and it happened when Cristina left, too. There are a lot of special dynamics on Grey’s Anatomy now — Karev and Meredith are now best friends, Amelia and Hunt are married, not to mention the new crop of interns and residents. Where would Cristina fit in? If she came back now, it would feel simply like stunt casting, and a character like Cristina deserves better than that.

Let’s leave Cristina in Switzerland, shall we? She and Meredith can Skype like the rest of us.