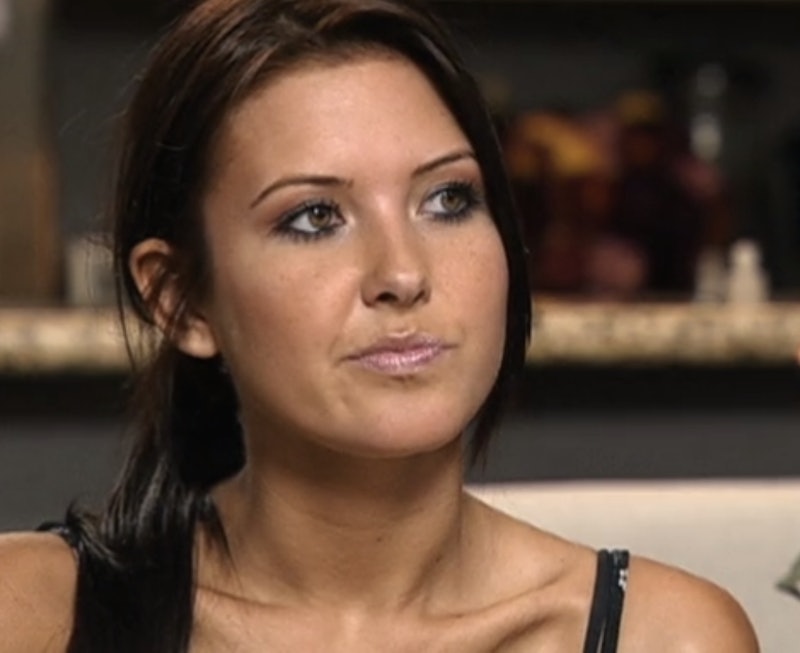 While we can't be sure which relationships on The Hills were real, there were some on-screen partnerships that gave us #RelationshipGoals, and others which belonged in a self help book. There are literally so many unions on MTV's best reality show, in my opinion, to choose from, but there was one love story which was more painful, complicated, and difficult to comprehend than all of the others put together. And no, I'm not talking about Heidi Montag and Spencer Pratt. The worst couple on The Hills was Audrina Patridge and Justin Bobby, and it's not even a close competition as far as I'm concerned.

The relationship between Patridge and Justin Bobby (real name Justin Brescia) as shown on TV was rarely anything to aspire to. Having been an on-and-off couple throughout the show, with Justin Bobby refusing to commit in any real way to Patridge, the final straw came when Kristen Cavallari joined the show. Breaking every code of conduct that exists between friends and exes, Justin Bobby started dating Cavallari. We'd witnessed everything Justin Bobby had ever done onscreen, good and bad (mostly bad), and this was just the icing on the cake of the series. But the end of the relationship between Patridge and Brescia is far from the only thing wrong with it.

I don't necessarily agree with the way that Lauren Conrad dissed Justin Bobby's summer wardrobe, but the fashion designer always supported her bestie Patridge, no matter how much she hated Justin Bobby. And Patridge went back to her biker boyfriend so many times on the show. His moody and aloof exterior was undoubtedly attractive, if you like the strong and silent type, and it was refreshing to see a man The Hills who didn't fit the ridiculously tanned and preened Orange County type. I don't blame Patridge for dating Justin Bobby at all, but their relationship should've ended much sooner than it did.

By leaving and coming back more times than an ex in a Taylor Swift song, Justin Bobby surely diminished any trust Patridge had in him. I'm all for giving people second chances, but his lack of respect for his girlfriend spoke volumes. His flaky behavior was made all the worse by his seemingly committed nature when dating Kristen Cavallari which, as we've already discussed, was a pretty poor decision. Never date your ex-girlfriend's friends, right? I know it's reality TV, but come on.

Another big problem with their relationship was the fact that none of Patridge's friends liked Justin Bobby. While a person doesn't need approval from anyone else in order to date, the opinions of close friends and family do matter. Nobody's perfect, and advice is often wrong, as no one knows what a relationship is really like on the inside. But Justin Bobby's faults and failures during his period on The Hills were screened for all to see. From an audience perspective, he certainly could've put more effort into his relationship. There are a lot of contenders for the worst couple on The Hills award, but, for me, Justin Bobby and Audrina Patridge win, because the constant on-and-off was painful to watch.

According to Patridge in a 2014 interview with Celebuzz, "[The Hills is] really a mixture… some of it was real and some of it was very guided and manipulated and kind of verbally scripted," and she's far from the only The Hills star to admit the reality in "reality show" wasn't always true. So I have no idea what Patridge and Justin Bobby were like as a couple in the real world. But, on the show, Justin Bobby's reluctance to commit to a woman as awesome as Patridge was irritating. Then again, to be fair, it also made for good television — especially since it can still inspire so many feelings in me when watching it again years later.