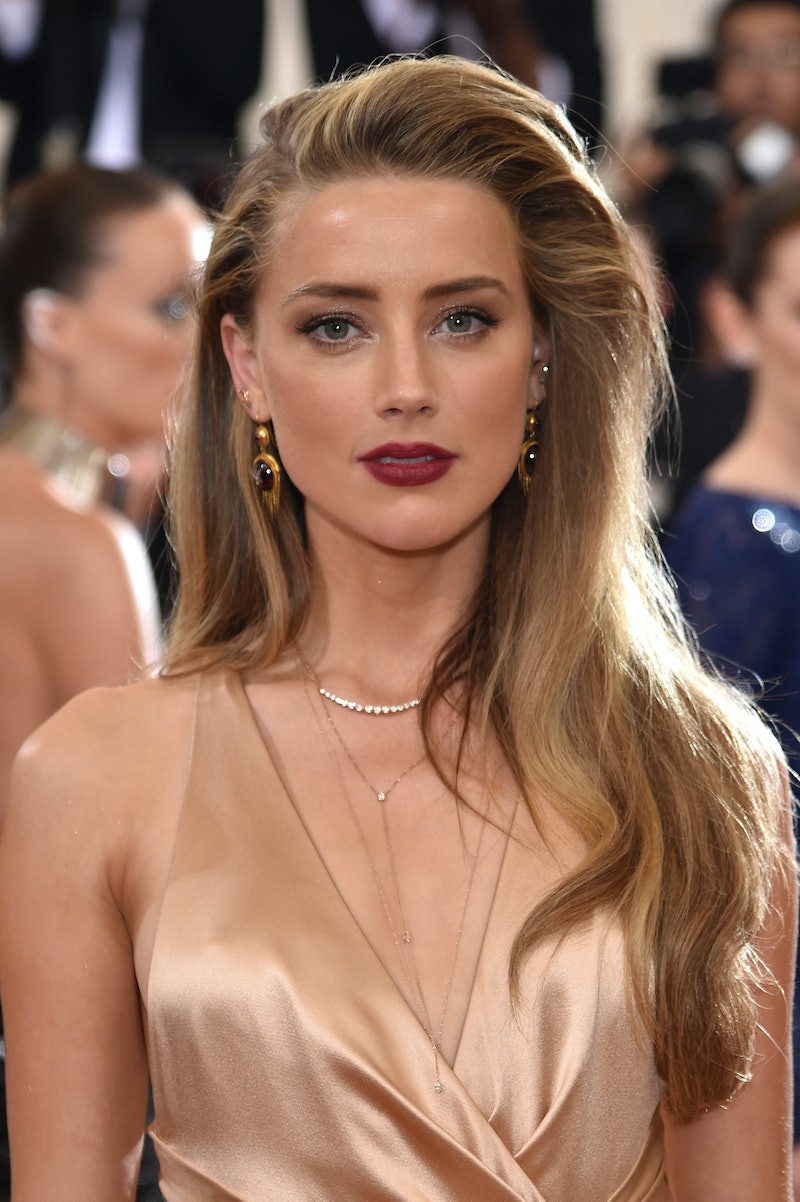 The end of May has been a truly shocking time for fans of Johnny Depp, and likely an extremely hard time for Amber Heard. Not only did news break that Heard and Depp are divorcing, but Heard was also granted a restraining order against her soon-to-be-ex-husband following her accusations of physical abuse. On Tuesday, Heard's lawyers released a lengthy statement in her defense, which emphasizes that fans should hold off on judging how she has chosen to handle a really sticky situation. Bustle has reached out to reps for Heard and Depp for comment on Heard's claims, but has not received a response.

The statement was released to Just Jared by Heard's legal team, Samantha F. Spector and Joseph P. Koenig, and consists of several paragraphs. It begins:

Depp has not yet responded to the statement from Heard's lawyers, however, Depp's rep released a statement to The Hollywood Reporter following the news of their divorce:

Amber is attempting to secure a premature financial resolution by alleging abuse.

Being that the public doesn't know the full story, it's important to remember not to judge either side. Spector and Koenig continue with claims about Heard's relationship with Depp:

In reality, Amber acted no differently than many victims of domestic violence, who think first of the harm that might come to the abuser, rather than the abuse they have already suffered. Amber can no longer endure the relentless attacks and outright lies launched against her character in the Court of Public Opinion since the tragic events of May 21st.

Heard's lawyers claim that she wanted to keep the situation as private as possible, and that they even avoided having Depp served with a restraining order during the premiere of Alice Through the Looking Glass.

"Amber is simply a victim of domestic violence, and none of her actions are motivated by money," the statement says. "Amber is a brave and financially independent woman who is showing the courage of her convictions by doing the right thing against Johnny’s relentless army of lawyers and surrogates."

Obviously, people — fans and Depp's peers alike — are already forming their opinions about what happened between Heard and Depp, but this statement underscores that this is a very complicated case. There's likely a lot that we don't know, and may never know, about Heard and Depp's relationship, and no one on the outside has enough information to make judgments about the situation. But what we can agree on is that this is an incredibly tough time for all involved.