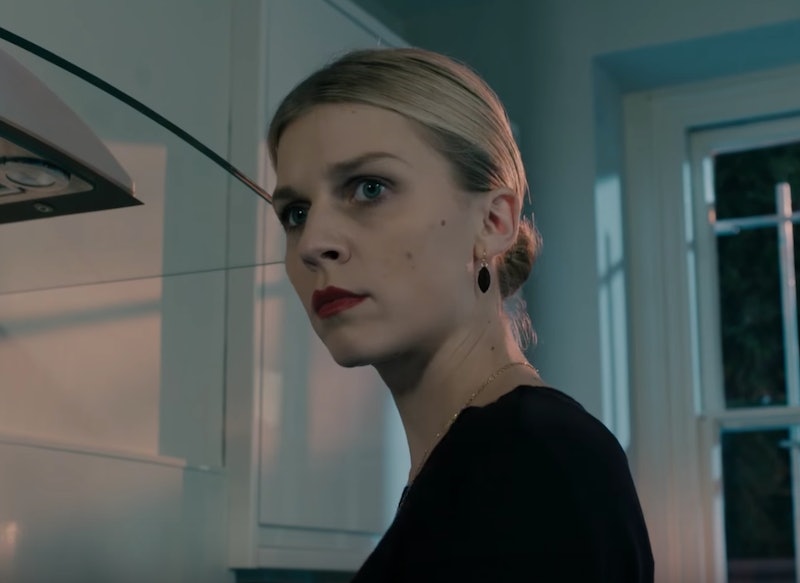 If you're a fan of the horror genre, you've seen your fair share of possessions, exorcisms, and ghosts. But, before the summer movie season kicks off with your more traditional creep and gore, one new scary movie is attempting to revive the thriller genre. The Ones Below, the directorial debut from The Night Manager writer David Farr (who also wrote the script), follows the bone-chilling story of a young, expectant couple, Kate and Justin, who befriend their new neighbors, fellow expectant couple Jon and Theresa. Things get weird when Theresa appears overly attached to Kate's pregnancy, and later, to her newborn son. Based on the trailer, the movie has all the elements of a ripped-from-the-headlines stalker story, which begs the question, is The Ones Below based on a true story?

Thankfully, The Ones Below isn't based on any real case, so if you're sitting in the theater thinking that the movie feels familiar, it's not because you read about it in the paper. Ever since its premiere at the 2015 Toronto International Film Festival, the film has garnered endless comparisons to Roman Polanski's Rosemary's Baby , another thriller about a young couple expecting a baby while dealing with creepy, overbearing neighbors. In fact, Clémence Poésy, who stars in the film as Kate, revealed in Interview that Farr asked each cast member to watch Rosemary's Baby in preparation for the film, as well as Alfred Hitchcock's Rear Window and Ingmar Bergman's Persona.

Farr, however, has done his best to distance himself from those comparisons. When asked about the similarities between The Ones Below and Rosemary's Baby in an interview with The Moveable Fest, Farr noted that he was inspired by a handful of directors. "I wanted to attach myself very strongly to a cinematic tradition, and [here] my interest is in that great tradition of what you'd call the suspense thrillers of Hitchcock, Polanski, Haneke and in the European tradition slightly," Farr said.

On a more personal level, The Ones Below was inspired by Farr's own experience with fatherhood and the anxieties that come with it. "The idea for the script came the night after I had a conversation with another father — I'm a father of two kids, and so is he. We discussed the anxieties that go along with modern parenting, which can be an isolating experience," Farr said in an interview with Shockya. The night after that conversation, Farr said, he woke up with the idea for The Ones Below and dove in head-first.

Farr's The Ones Below isn't so much based on a real story as it is based on a very real parent's worst nightmare.