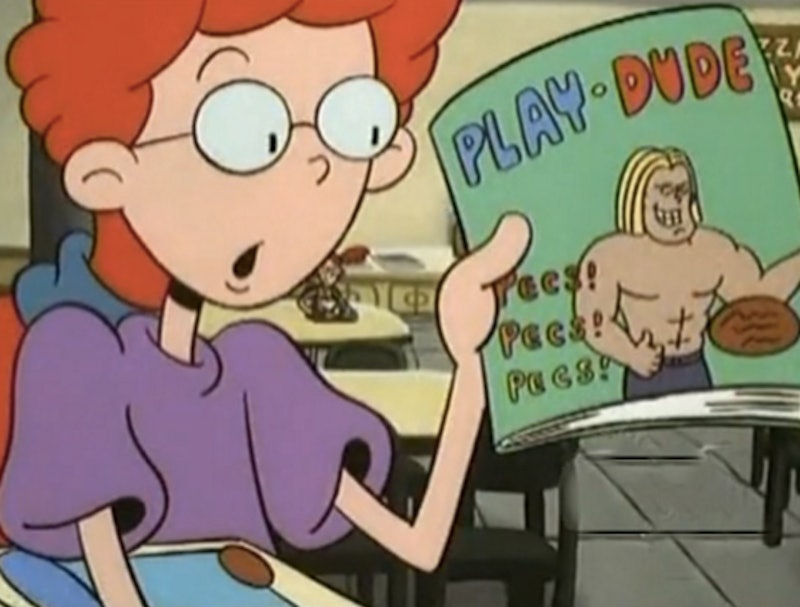 It goes without saying that Pepper Ann is a legendary show, and the titular character is no exception. I'm sure you were every bit as obsessed with the series as I was when it originally aired between 1997 and 2000 on ABC and Toon Disney. Pepper Ann was such an amazing role model for a number of reasons. Firstly, the show was created by Sue Rose, who was also responsible for creating shows including Unfabulous and Angela Anaconda. Secondly, Pepper was the role model we all needed, and one of the great feminist icons of the '90s. As Rose told The New York Times in 1997, Pepper Ann is a fierce, 12 year old, redhead navigating the world around her, from "big issues like divorce" to super important things like "clothes, crushes", and that's exactly why we loved her. But what about the person behind Pepper Ann? What is the actress that voiced Pepper Ann up to today?

Kathleen Wilhoite is a prolific actress, whose work isn't limited to voiceovers. Actually, she has had recurring roles on shows you'll definitely have seen including Gilmore Girls and ER. On Gilmore Girls, she played none other than Liz Danes, the sister of the love of all of our lives Luke Danes, which is pretty impressive. While there's no news if she'll be back for the Gilmore Girls reboot, it's an incredibly amazing accolade.

More recently, Wilhoite has had roles on popular shows like Jane The Virgin, Criminal Minds, and The New Adventures Of Old Christine. She's also a musician that's released albums, and contributed to movie soundtracks. In 2015, she had a role in the independent movie A Sort Of Homecoming, in which some of her songs were also included. The woman behind the voice of Pepper Ann is certainly impressive, and has had no shortage of TV, music, and movie roles. The actress and musician is also active on Twitter, and regularly connects with her fans.

Hopefully Kathleen Wilhoite is aware of what a huge impact she's had on a whole generation of women, and as the voice of Pepper Ann, has inspired young people to embrace who they are and live large.

Fingers crossed Wilhoite is free for a Pepper Ann revival some time soon, because the world is more than ready.