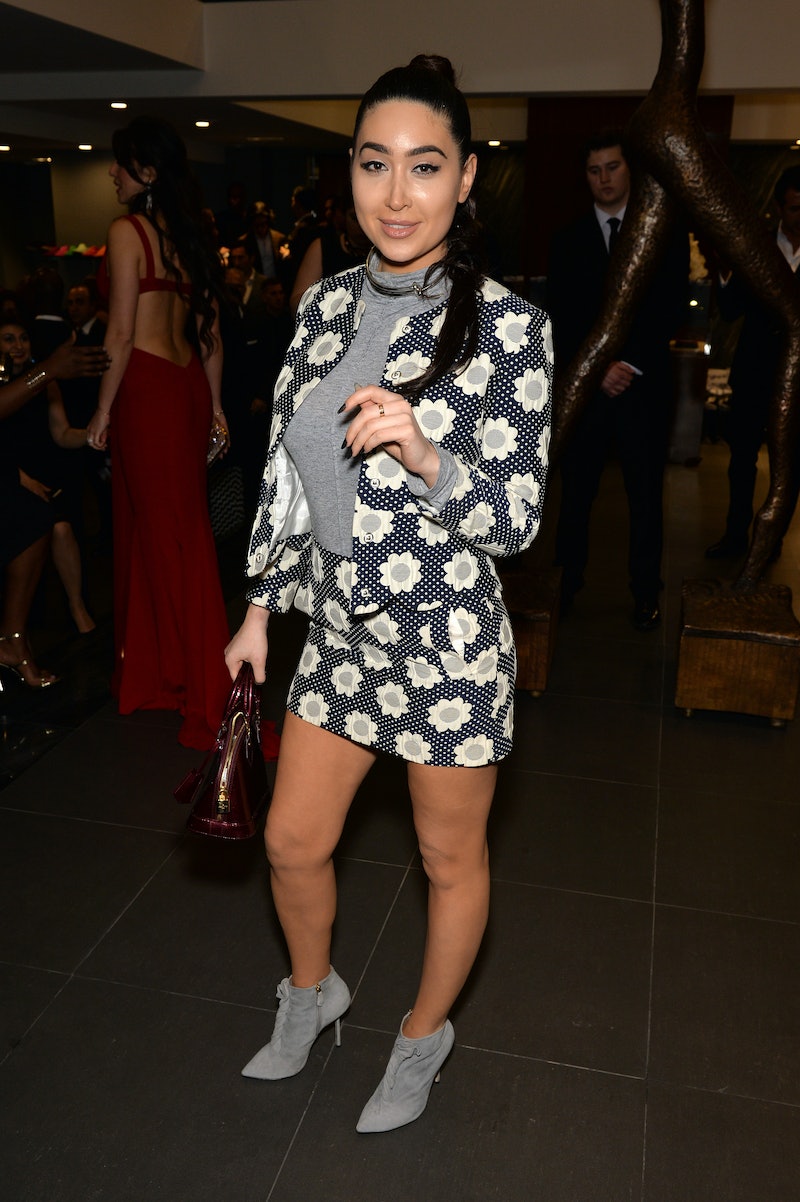 Now in the midst of Season 4, Rich Kids Of Beverly Hills only gets better, and continues to fulfill its destiny as a show totally held together by its quippy cast members and their crazy displays of wealth. The cast of Rich Kids has some of the highest net worths on reality television, and the series churns out some of the most watchable reality television stars this side of Bravo. So, you might want to follow them beyond their once-a-week TV show. Fortunately, you're in luck because the stars all have social media accounts and you can follow Bianca Espada on Snapchat along with the rest of her cast mates.

The cast has seen plenty of new people in the last few seasons, but the show's newest addition is a shakeup in more ways than one. Bianca Espada, the child of two successful members of the fashion industry and professional rich kid, has a financial background that's pretty unknown, but a social media presence that's nothing if not showy. And, judging by things like her Instagram, you can expect a lot from her Snapchat (username: BiancaEspada).

For a girl whose mere presence on Rich Kids has cause some serious drama, Bianca always looks impeccably put together. You can expect lots of selfies featuring flawless blowouts and meticulous makeup for all those moments when Bianca is really feelin' herself.

Bianca isn't one to shy away from the party snap, and you can certainly find plenty of parties centered around tons of her famous fresh guac and impressive taste in champagne.

Like anyone with high standards and a fat wallet, Bianca's got an undeniably fantastic sense of style to show off. This one's my personal favorite, because who hasn't dreamt of wandering the streets in what is basically a pink silk bathrobe?

It wouldn't be Beverly Hills if Bianca wasn't putting in an immense amount of drive time, but you can rest assured she's even doing that in style.

For any reality TV fan, following Bianca is a must-have — she's not only friends with the Rich Kids cast, but with ex-Shahs of Sunset star Lily Galichi. (And they're pretty cute.)

Lest she be underestimated, Bianca also isn't afraid to get down to business, even when she's in the club.

And, of course, plenty of traveling. When she's not on her private plane, she's touring with French Montana along fellow #RichKids cast member Dorothy Wang. Thoroughly fabulous.

For those looking to get their #RIchKids fix, following Bianca Espada on Instagram is a total must. But if you want minute-by-minute updates (because I need to know if she and Dorothy cool yet), defintely add the young star on Snapchat (@BiancaEspada). For those in need of a little wish fulfillment, it's really a one-stop shop.