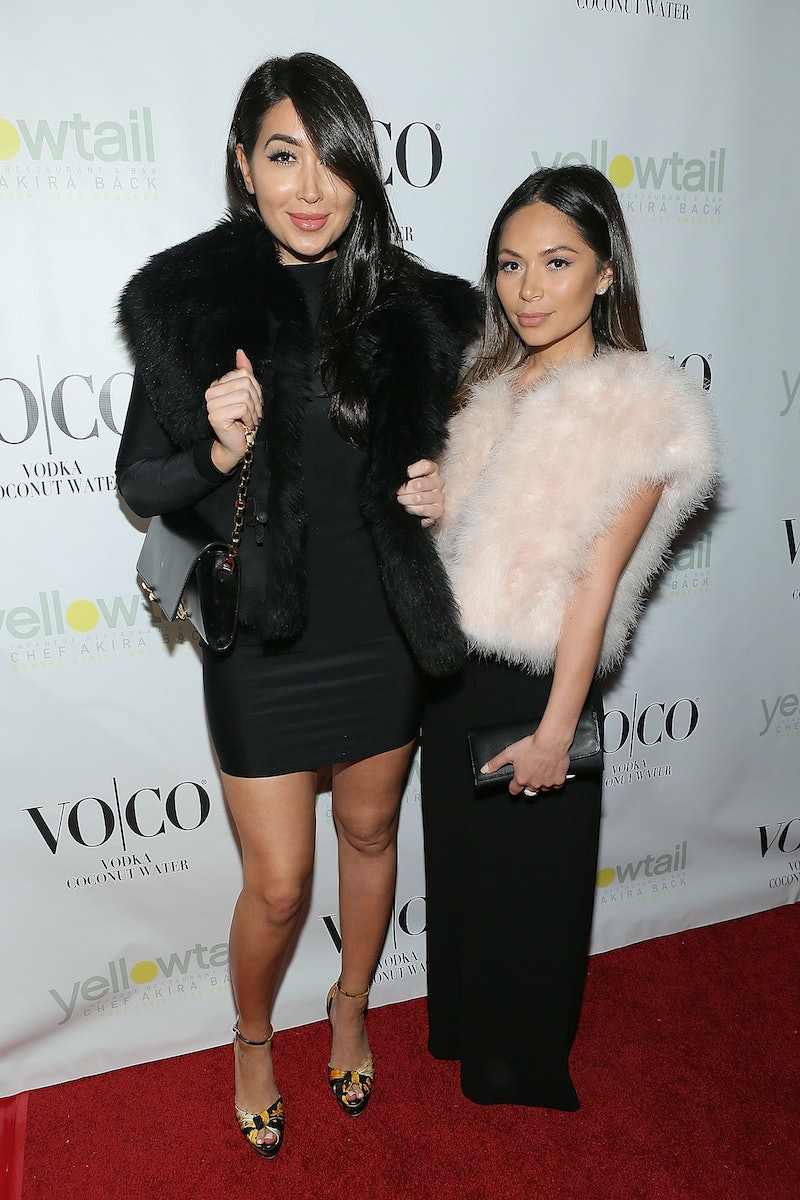 For the upcoming fourth season of Rich Kids of Beverly Hills, there's been a slight change to the cast. Bianca Espada was added as a new Rich Kid, and since the show has everything to do with how deep its cast's pockets are, what is Bianca Espada's net worth? Bianca's parents are also in the fashion industry. Her mother is a successful personal shopper and personal stylist, while her father, according to Latina, is a former fashion wholesaler. Between the two of them, it seems like they've make a very good living, even though exact figures on her family's total net worth are not readily available — so that probably puts them somewhere in between you and me and full-on billionaire's like co-star and Bianca's friend Dorothy Wang's family.

But with a history of fashion in the Espada family, it's no surprise that Bianca is building a burgeoning fashion empire of her own. She has her own blog, and according to Latina, she's working with Barney's stylist Sonya Benson, who famously is so tight with client Rihanna that RiRi skipped the VMAs to attend Benson's wedding instead.

Bianca's personal style is on point for her job, with contoured makeup accented with prominent eyebrows and a dark lip, long dark hair, and a mix of expensive ornate items with expensive simpler ones like a pair of pristine white sneakers, perfectly embodying Rihanna's high-low aesthetic. Those things don't come cheap, so I doubt she's supporting herself working purely as a stylist's assistant (which Glassdoor reports earns an average annual salary of only $30,000), or as an independent blogger (which, given that Bianca has limited ads on her social media and site, can't earn very much, even though she has almost thirty thousand followers).

And since Bianca routinely shares pictures with her family, both from her childhood growing up in Los Angeles and from recent trips back to hang with Mom and Dad, I'm going to venture a guess that she relies on some support from her parents in order to live like a high roller. Not that Bianca isn't working hard to establish her brand as a style star, but those dreams take a long time to come to fruition, and in the meantime, it helps to have a little financial assistance.

Bianca's mother, Anna Weiser, is still working as a stylist, so she may have been instrumental in helping her daughter secure her position as Benson's assistant. And according to Chron, the most successful people in Weiser's field can make as much as $300,000 a year. Info on a successful fashion wholesaler like Bianca's father is a little less easy to find — he could have anything from his own private business worth millions to have been a company man making just $57,000 a year, which is what Indeed credits as industry average. Given that Bianca travels by private jet, I'm leaning towards the millions.

The exact figure of Bianca's net worth may not be uncovered by the Internet just yet, but if she's secured a spot on Rich Kids of Beverly Hills — and grew up in the titular neighborhood — then she should fit right in.