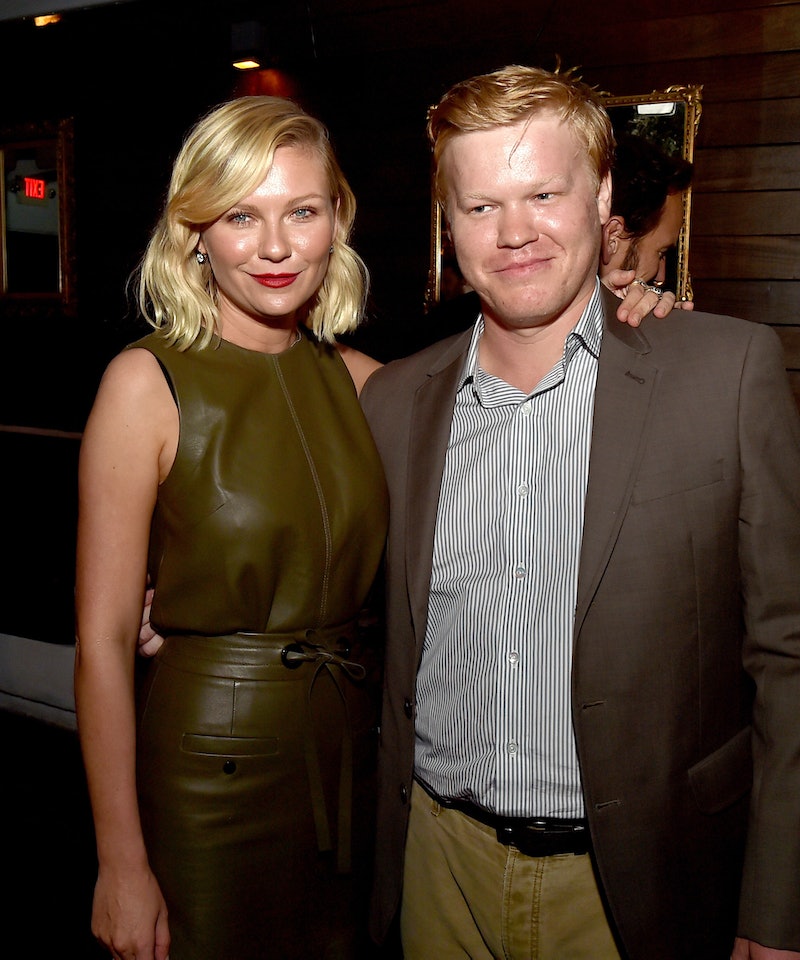 For fans of Fargo, you betcha this celebrity dating news will make you happy. According to photos shared by Just Jared on Monday, Kristen Dunst and Jesse Plemons might be dating. The two were hanging out in Studio City, California and based on one photo they even packed on the PDA. It's difficult to see, but the Fargo co-stars are standing behind a fence and possibly kissing. It's hard to say for certain, but they sure do look cozy.

Bustle has reached out to reps for Dunst and Plemons for comment, but has not yet heard back.

Their alleged romance might surprise some, especially since Dunst recently broke up with Garrett Hedlund after four years together, as People reported in April. That said, seeing as Dunst and the former Friday Night Lights star played a married couple on Season 2 of Fargo, they could've easily found a connection off-screen. Again, nothing is confirmed and details remain scarce. However, if the two actors are dating, then let's hope they steer clear of all the drama their Fargo characters, Ed and Peggy Blumquist, managed to encounter throughout the entirety of Season 2. They really had some bad luck, didn't they?

Just in case, here's a handy guide for Dunst and Plemons of what not to do, so they don't end up in major trouble like Ed and Peggy.

As Peggy notes above, no matter what society says, it's important to support your partner in their dreams and passions.

I mean, this is pretty much a given.

Don't Get Your Meat From A Butcher

You never know if it's actually a human body part, which would just make for an awful dinner date.

Never Underestimate Each Other

You may think you know someone, but there is always something new to learn.

If You See A UFO, It's Totally Fine

I really don't think this is the best place to go on a vacation, because, well, really bad things happen there. Plus, it's cold.

I think the above are pretty easy to avoid, so I have faith that Dunst and Plemons will have a successful relationship, you know, if they're actually dating.