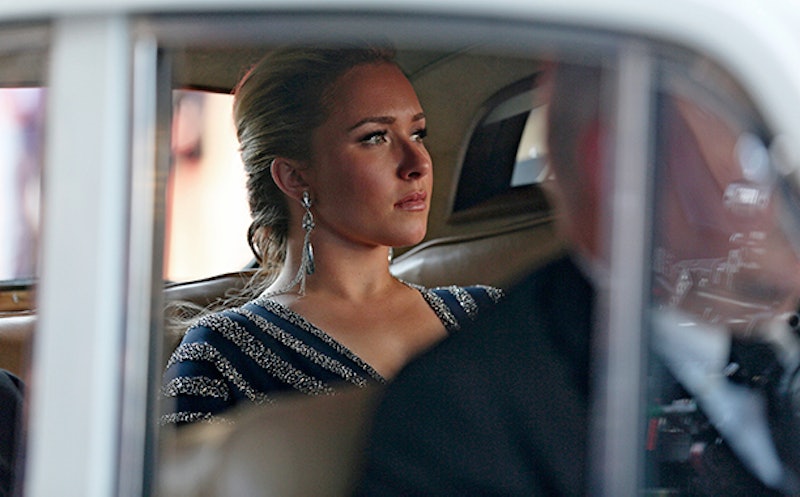 It's been a few weeks now since ABC made the decision to cancel Nashville after four seasons and yet fans are more determined that ever to see the country drama live on in some capacity. In fact, there's even a petition currently circulating over at Change.org, pleading for the series to be given a second chance somewhere. Anywhere. But how exactly could Nashville Season 5 happen without the backing of ABC? That's the thing about modern day television. Just because a show gets rejected by one network, doesn't mean that another one won't come along and take up the reigns in its place. So the best bet Nashville has right now would be for a different network or streaming service to take the show under its wing — a Hail Mary save which has happened multiple times before.

When FOX made the baffling decision to cancel The Mindy Project, Hulu was smart enough to come along and pick it up. A similar instance also happened with Cougartown, which eventually moved from ABC over to TBS. So the hope of some other service throwing Nashville a lifeline definitely isn't out of the question, though, that doesn't make its continuation an outright guarantee. After all, there was a huge outcry from Hannibal fans when NBC failed to renew the horror series and yet no other network stepped in to take the project on, to my continued dismay.

That being said, things definitely seem like they could go in Nashville's favor, especially considering what Lionsgate TV boss, Kevin Beggs, recently said regarding Nashville 's future and why the drama opted to end on such a big cliffhanger. "There's a little short-term pain but ultimately long-term gain because we intend and are quite focused and are in substantive and serious conversations with multiple buyers about continuing the show on another platform," Beggs stated, according to Cinemablend.com. "If we didn't feel that was going to happen, we might have gone a different way."

He's referring, of course, to the final few moments of the series finale, which saw Juliette's plane lose contact with air traffic controllers, leaving her potentially tragic fate up in the air. Initially viewers were outraged with such an ending, but this could very well end up being the show's saving grace in the end. Lionsgate clearly wants this show to continue, which puts the odds very much in the show's favor. Granted, it's still not an outright guarantee and a streaming service has yet to come to Nashville's aid, but it's definitely a step in the right direction, especially since the fans themselves are dying to know what happened.

If Nashville had ended on a completely happy note, there'd be no reason for it to continue. But now that Juliette's plane has gone missing there's a lot for the show to work with plot-wise and would give viewers a big reason to return. So don't put dirt on Nashville's grave just yet, y'all. Help could be just around the corner.