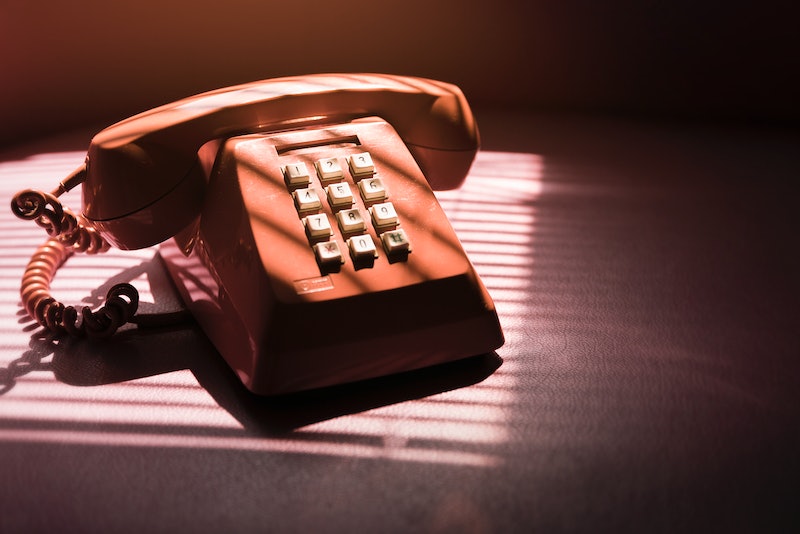 The first time I really noticed a generational divide in terms of technology was when I babysat a 3 year old who could work an iPad better than I could — and at the time, I was a 21-year-old college graduate. That was slightly traumatic. Do you guys ever think about pieces of technology that will be impossible to explain to future generations? And things that already are impossible? Well, Redditor u/photolouis certainly does. Because they just asked that very question in the content sharing communities ever-informative AskReddit section. And the answers simultaneously made me feel like a baby Millennial and also 100 years old. What a time to be alive.

Generation Z (or whatever we're calling the post-Millennial generation) is considered by many to be comprised mostly of "digital natives" — that is, people who were born after the widespread usage of technology had occurred. They have never known a time without the internet, without televisions, or without cell phones. Many older Gen Xers and Millennials, as well as pretty much all Boomers, are considered to be "digital immigrants" — people who had to consciously learn how to use much of the technology that's present today. That's more than just a cultural divide; it's a complete internal re-wiring. Kids learn differently now, in a dramatically new way. What does that mean for the future of the world? Man, I don't know, but I bet it's gonna get weird.

And while, yes, there are certainly many upsides to, say, my smart phone, I think we should pour one out for all these technology ghosts. You guys did good. You tried really hard. But honestly? We just can't explain you anymore.

I mean, to be honest, most of what I learned about dial-up internet I learned from You've Got Mail, but basically, it's internet that connects through a landline. Meaning that your phone had that awful busy signal if someone tried to call you. (Do people still even have landlines?)

Fax machines. The bane of my existence, honestly. The earliest versions of these awful, finicky contraptions were introduced over a century ago... and they probably worked as well then as they do now.

Ah, here's the answer to my earlier question: In 2013, over 40 percent of households had already gone wireless and dumped their landline, including a really surprising 14 percent of folks age 65 and over. I have a feeling both of those numbers are even higher now that Millennials are Being Parents and Establishing Households and whatnot.

Some of my cousins went to extensive lengths to craft the perfect witty answering machine message, including creating their own version of The Hampster Dance Song. This sentence is truly dating me to a devastating degree.

So, you can't buy just a VCR anymore, and you haven't been able to for almost a decade. You can buy a combo VCR/DVD player. And even those have been considered "outdated" for like...years. Whatever, I'm never giving up my 1995 BBC Pride & Prejudice VHS box set.

Whether you were a 1970s cassette Walkman user or a 1990s disc Walkman user, you were "taking back your time" and "adding a soundtrack to your urban surroundings." Yes, that's literally how the Walkman is described by Wikipedia, and yes, I am loving the indulgent concept.

OK, but to be fair, you still have to be aware of the road. Even if by 2022 it's expected that essentially all new cars will have Automatic Emergency Braking Systems. Also, I feel like this is a thing most 20-somethings are really furious they did not grow up with.

The first national color broadcast didn't happen until 1954 — is that not bonkers to anyone else? Like, the speed with which we've gone from color TV to, like, holograms?