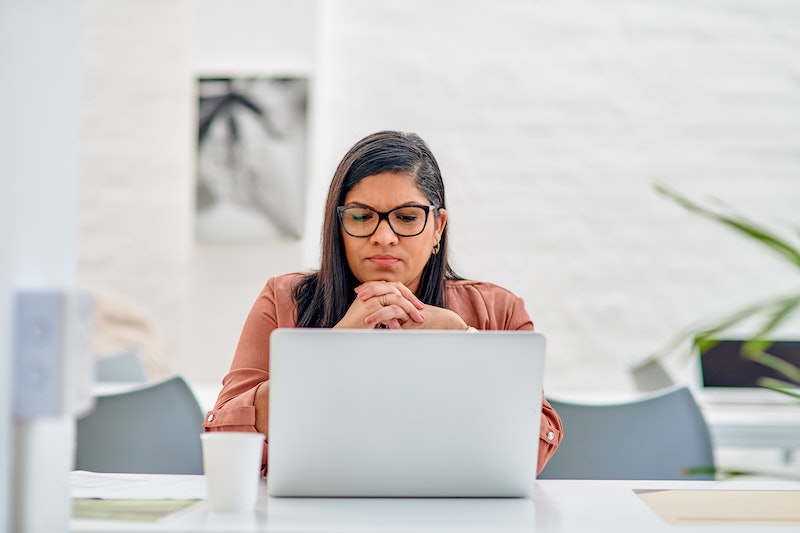 Every culture has their own set of rules and traditions to follow, and it's usually normal not to question those acts. Why would we? That's the life we've been taught. We're getting more curious, though; indeed, more and more we're realizing that there are a shockingly large number of commonly accepted truths that are kind of creepy when you think about them. Some of them, we probably still haven't noticed; others are stopping us in our tracks and making us go, "Hey, wait a minute..." For instance, in a culture where it's "normal" to get married and have babies, single gals and women without children are adamantly stating, "There's nothing wrong with me." Of course, the rest of society is taking a little longer than many of us might like to catch up to that world view... but at least it's happening. Slowly, yes, but surely.

It's so crucial to take a second look at these widely taught beliefs because of how pervasive they are — we've been told that they are what's natural, normal, expected, assumed. But just because something is accepted by many doesn't mean that it's healthy or fair. After all, it is the act of questioning what society has deemed normal that has led to the legalization of same-sex marriage, that has pointed out how essential it is for new parents to have paid parental leave, and so many other definitely good things. We obviously still have a long ways to go for a wide variety of issues, but change, as they say, is in the air — and the more we stop, look closely, and think, "Gee, does that really have to be that way?," the more that change will come.

Some of these commonly accepted "truths" — which often aren't actually truths — might be seeping into your everyday life without your even knowing it. Because seriously — they're actually pretty creepy.

1. The Way People Look In Magazines

I feel like we all might be underestimating just how altered these images are. And isn't it weird AF that we're taught to look at these people and strive to be as gorgeous as they are? Sure, they usually fit society's arbitrary beauty standards to some degree all on their own, but even they don't even actually look like they do in magazines in real life. Nor should they; they're human, after all.

2. The Idea That Someone Staring At You Should Be Taken As A Compliment

In an effort to make my sister and me feel less uncomfortable about being stared at, our mom would often tell as that we should take it as a compliment — that it meant that the person was probably staring because they thought we were pretty. But not unlike catcalling and telling a woman to smile, it's not a compliment. It's creepy, rude, and makes many of us (if not most of us) feel horribly uncomfortable. I get making eye contact with someone mid-conversation — that's just polite. But unwanted eye contact? Or eye contact that... isn't exactly eye to eye? We are not objects existing in space for someone else's approval.

3. Teaching Children To Sit Silently For Hours On End

I understand that in school, children must be taught to follow directions. It's something every human should know how to do. However, is anyone else weirded out by the fact that we encourage rooms full of kids to sit silently, without moving, on their butts all day? They're kids — they're hyper and excited and full of energy. And we tell them to hold it in. We teach them that speaking without being spoken to first is a bad thing. We teach them to memorize facts from a book without questioning them. Oftentimes we completely ignore a child's happiness or what actually interests a kid in favor of what our culture has deemed the most practical skills to harness.

And on a similar note...

Again with the sitting-all-day-chained-to-a-desk thing. You spend as much time at an office as you do at your own home — more, even, given our current climate of overly-long working hours of ours — trying to climb the ladder and make more money so you can afford to buy things you'll never be able to enjoy because you're too busy working. You spend your time investing in your boss and making him/her money, even though you might not be making enough money yourself. And no one questions it, even though research is starting to prove things like the fact that employees are more productive when they work shorter days. What is up with that?

5. The "You're Adult Enough For This, But Not For That" Mindset

This exact example is unique to America, but I mean, think about it: At the ages of 18, 19, and 20, you're old enough to choose the leader of our country, defend your nation in battle, and decide what to study in college in preparation for what you'll spend the rest of your life doing as a career... but you can't have a sip of beer, and you can't rent a car (which obviously you wouldn't do at the same time as having a sip of beer). Legal ages are there for a reason, and I'm not disagreeing with that. But don't some of these things seems a bit odd?