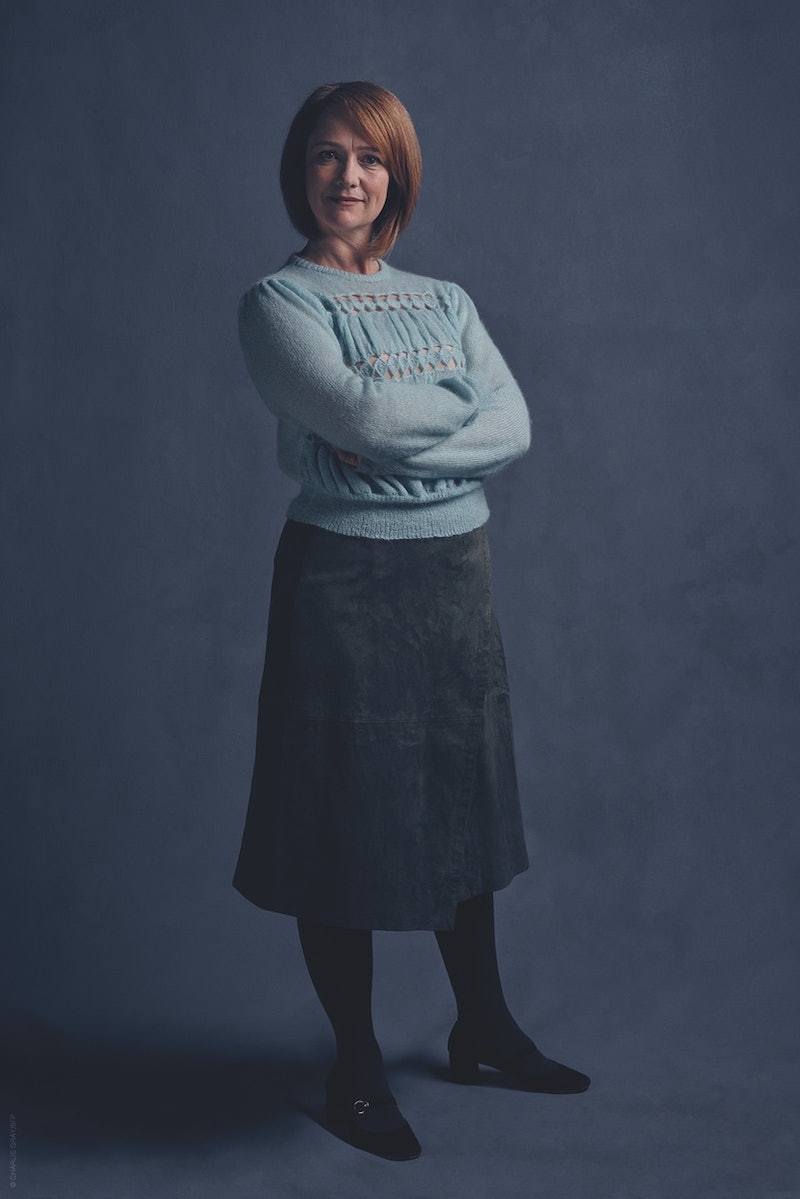 Some Harry Potter characters just never seem to be on anyone's radar, even though they're total badasses. If your favorite member of Dumbledore's Army is the sole Weasley daughter, your frantic search to learn who plays Ginny in The Cursed Child has ended.

Poppy Miller has scrapped Quidditch robes for cashmere in new Harry Potter and the Cursed Child cast photos, and Potterheads wouldn't have it any other way. The new Ginny perfectly channels Molly Weasley's matronly vibe, and her no-nonsense, "I want to speak to a manager" haircut intimidates this writer all the way across the Atlantic.

Ginny, as all Potterheads know, is Ron Weasley's kid sister, who marries Harry after the Battle of Hogwarts. Almost two decades later, the couple see their youngest son, Albus Severus, off from Platform Nine and Three-Quarters. By that point, Ginny has retired from a lauded Quidditch career with the Holyhead Harpies, to serve as Senior Quidditch Reporter for The Daily Prophet.

Harry Potter and the Cursed Child picks up right where The Deathly Hallows left off. Albus Severus is incredibly concerned with what might happen if the Sorting Hat places him in Slytherin, which will make him the first in his family to don that House's green and silver regalia. Some Potterheads have already begun to speculate that he might find himself sorted into that House of ill repute, and that his inner conflict may serve as the catalyst for The Cursed Child's drama.

So Poppy Miller plays Ginny in Harry Potter and the Cursed Child , but who is the actress J.K. Rowling has entrusted with bringing one of our most beloved characters to life?

Miller previously appeared in several TV series, including Nickelodeon's House of Anubis. In 2009, she portrayed Isabella Knightley in the BBC's miniseries adaptation of Jane Austen's Emma. Miller has also appeared in numerous stageplays, including Macbeth, Three Sisters, and Mansfield Park.

Check out Poppy Miller as Ginny in Harry Potter and the Cursed Child, when the play premieres at Palace Theatre London in July.