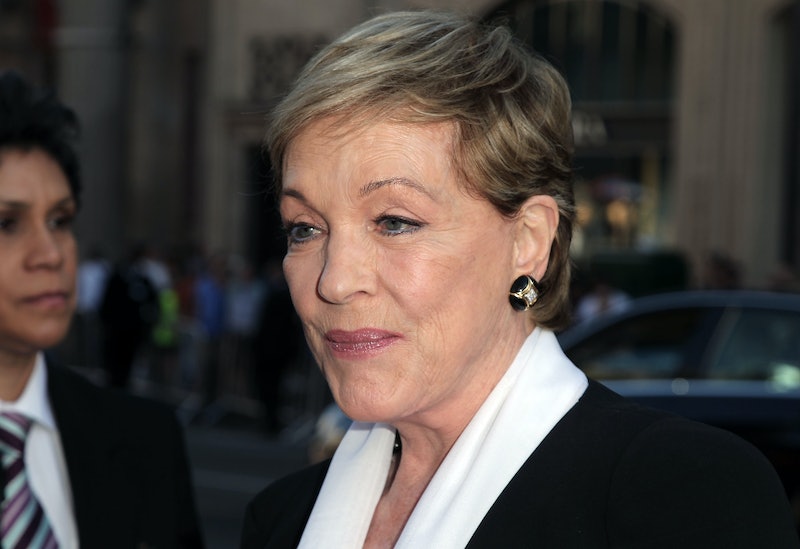 On Friday during a Disney-held press confrerence, Emily Blunt was confirmed to be the new Mary Poppins in Mary Poppins Returns, which will be directed by Rob Marshall. Not only that, but in addition, they shared that the plot of the sequel (which will be released on December 25, 2018) will focus on a grown-up Jane and Michael Banks in Depression-era London. Lin-Manuel Miranda will play a friend of Poppins, a street lamp lighter (no news on whether he is doing music for the film yet, but let's hope so). It's no secret that Blunt is just what the doctor ordered for the role of the magical nanny, but I've gotta wonder: will Julie Andrews be in Mary Poppins Returns, too? Because that would be supercalifragilisticexpialidocious.

So far, though, it doesn't seem like Andrews has any connection to the new project, but it's still early yet. It would be beyond delightful to see the 80-year old Andrews make an appearance, as to many of us, she simply is Mary Poppins masquerading as a world-class actor and icon. The original film, which debuted in 1964, was a smash hit because of Andrews' own magic that she brought to the role — I mean, she didn't win an Academy Award for Best Actress for the role for nothin'.

And even though there's no actual confirmation yet on whether or not Andrews will make a cameo, she did give the film her blessing. In an interview on the Today Show back in October 2015, when asked how she felt about Poppins being reinvented, Andrews said: "It's been 50 years since the original came out. I think it's time."

If Mary Poppins says it's time, then by heavens, it's time! Hopefully, Andrews will bring some of her laughter back in a small role, if only to dance and sing with Blunt and Miranda for just one number.