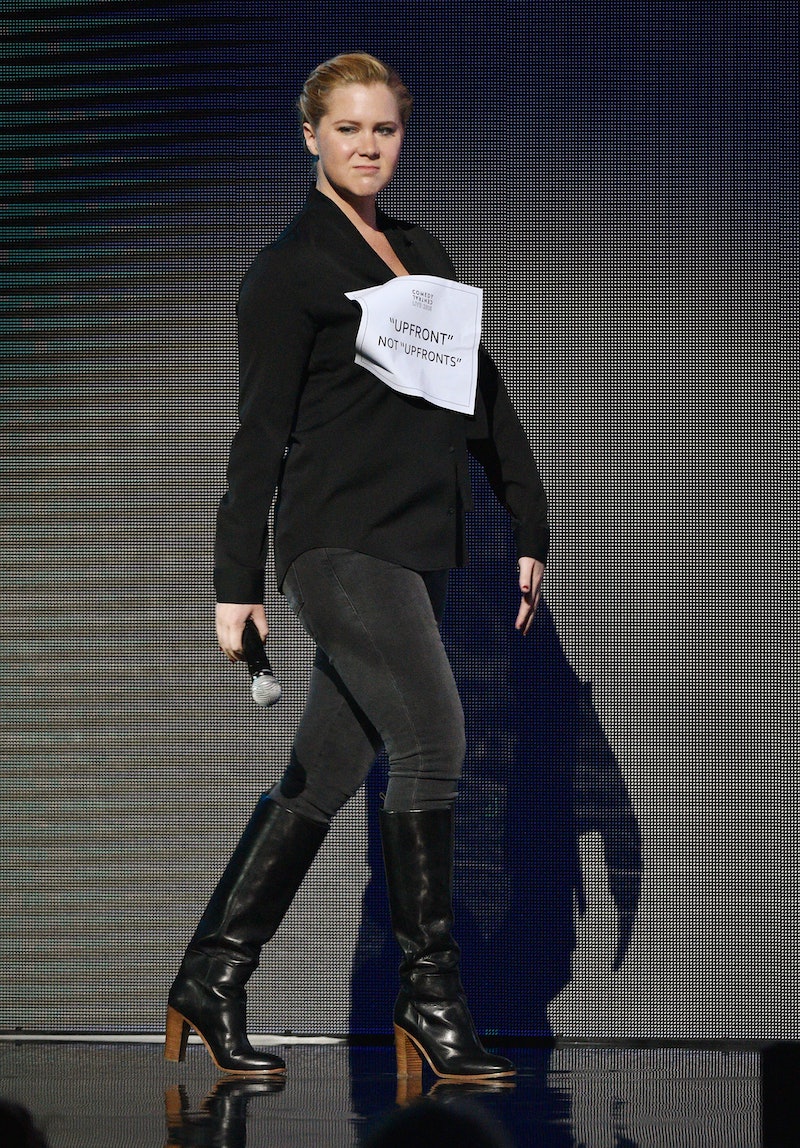 In my world, Amy Schumer can do no wrong. Every move that woman makes is a perfect one, if you ask me. And when it comes to the movies that Amy Schumer chooses to star in, that girl really does have some serious talent. Take her next role in the bachelor party comedy Who Invited Her? In the film, Schumer will star as a woman who invites herself to her best guy friend’s bachelor party right before he is about to be married. As the only woman on the trip, Schumer’s character is definitely not a welcome sight on this trip. But, being the girl to tag along on an all-guys weekend sounds like an absolutely perfect role for both Schumer and for her fans, because this kind of comedy is right up everyone’s alley.

After all, there isn’t really anything that Schumer fans love more than seeing this comedian point out the absurdities of millennial life. On Inside Amy Schumer, her series on Comedy Central, Schumer often creates skits that point out the ridiculousness of gender stereotypes and how we as a society play into them.

With that in mind, a comedy featuring Schumer tagging along at a bachelor party sounds perfect for the comedian. A bachelor party, especially, is prime real estate for the kind of comedy that Schumer is so great at. Tagging along on a weekend full of what is usually hyper-masculine behavior, Schumer will be in her element. And fans who know and love her kind of comedy will be delighted to see her in such a perfect role, nodding along knowingly as she undoubtedly points out the absurdity of dating, marriage, the wedding franchise, and parties that celebrate a person’s “last night of freedom” when they’ve already been in a committed relationship for some time.