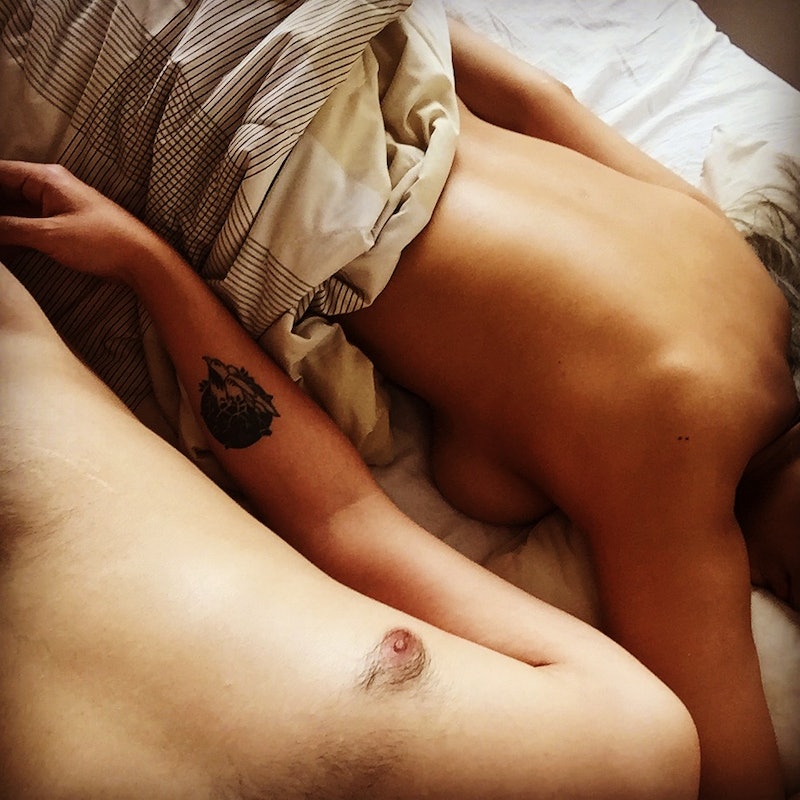 "Over our three years in operation, we have heard repeatedly that it is usually the woman in a straight couple who will suggest sharing #realworldsex on MLNP.tv and we love that," Beall says. "I think MLNP.tv is particularly beneficial for women because it allows them to celebrate their #realworldbodies and #realworldsexuality in a way that they control and isn't hampered by the expectations of the traditional male gaze." The company is also founded and curated by an entirely female team, and Beall says they are "feminist women supporting women through the work [they] do."

You Can Be A MLNP Star

Arguably the best part about MNLP is that its stars aren't acting, they're having real (and hot) sex. Beall says that wannabe MLNP stars can chat with her and fellow curator Ariel Martinez about getting started. If you're a little camera shy, she says they "allow all MLNPstars to choose whether to remain anonymous on the site and whether to participate in events like this screening," and they welcome people interested in sharing videos to go at their own pace and to hide their faces, wear masks, etc.

Want to check out the event? Get tickets here.