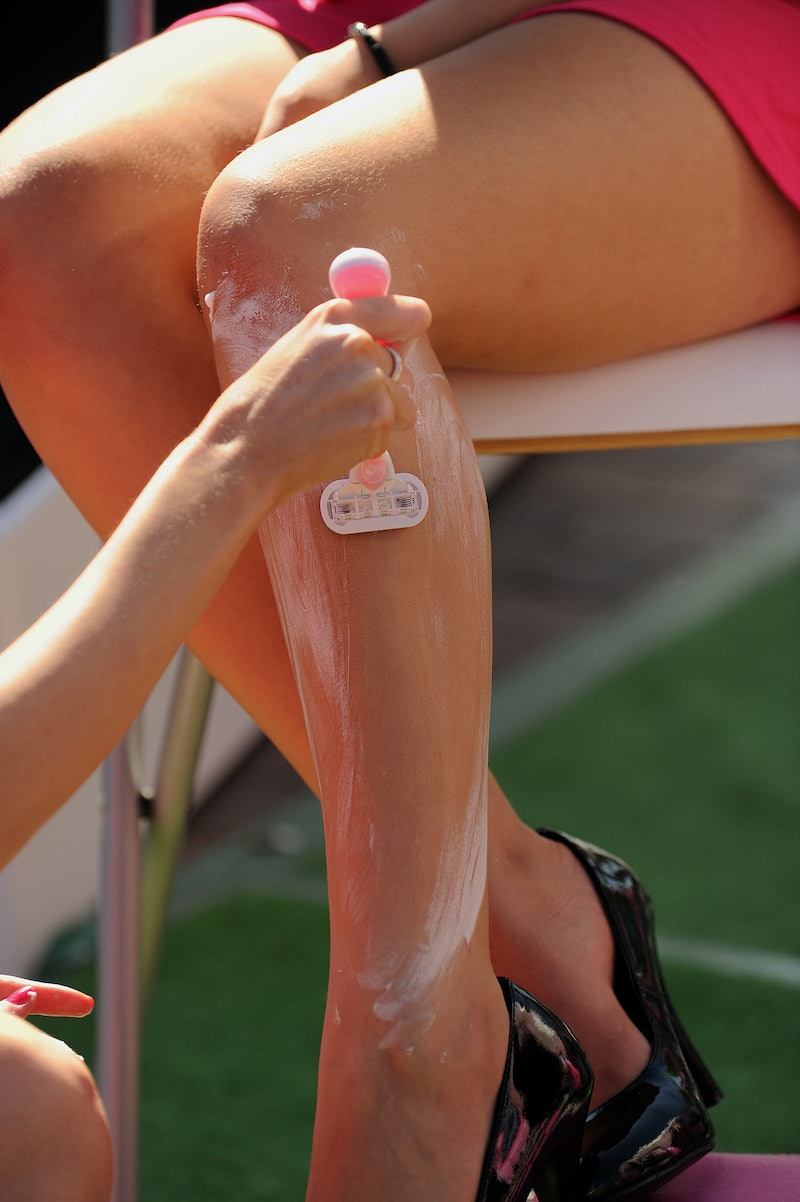 With the official start of summer right around the corner, the season of sundresses, denim shorts, and bikinis is now upon us. But flaunting more skin might mean shaving more frequently, if you're into that sort of thing, and with that comes some unpleasant side effects. If you're anything like me, you have one burning question on your mind as summer approaches — How can you prevent razor bumps? Fortunately there are some measures you can take to thwart this irritating condition.

As someone who has been shaving since the start of my pubescent youth, I have had my fair share of razor woes, be it bumps, burns, or ingrown hairs over the years. If you're committed to shaving, does that mean, then, that you have to endure chronic razor bumps? Thankfully, no. There are many things you can do to get this pesky issue under control, ranging from a strict exfoliating regimen to heavy moisturizing and everything in between. You don't have to experience discomfort every time you shave — it just takes some careful planning and a few products.

Let's take a look at a few foolproof methods that will rid you of your razor worries in no time. Happy shaving this season!

Replacing your razor often is super important to achieving a clean shave, because dull and worn out blades only irritate the skin and can lead to a handful of problems, including razor bumps, according to Refinery 29. Disposable razors are a great option to ensure your razor is always clean and sharp, or you can also just replace your blades.

According to Bevel, using a pre-shave oil creates a layer of protection on the skin while also softening the hairs so the razor has an easier time cutting through them.

4. Use An After-Shave Balm

Shaving removes layers of moisture leaving skin vulnerable to irritation and inflammation, so it's just as important to moisturize after your shave as it is to do so before.

While waxing isn't a one-shot fix for bumps and other skin woes, it nips the hair from its the root thus making it grow in thinner and finer, rather than a super coarse hair that has just had its top shaved off.