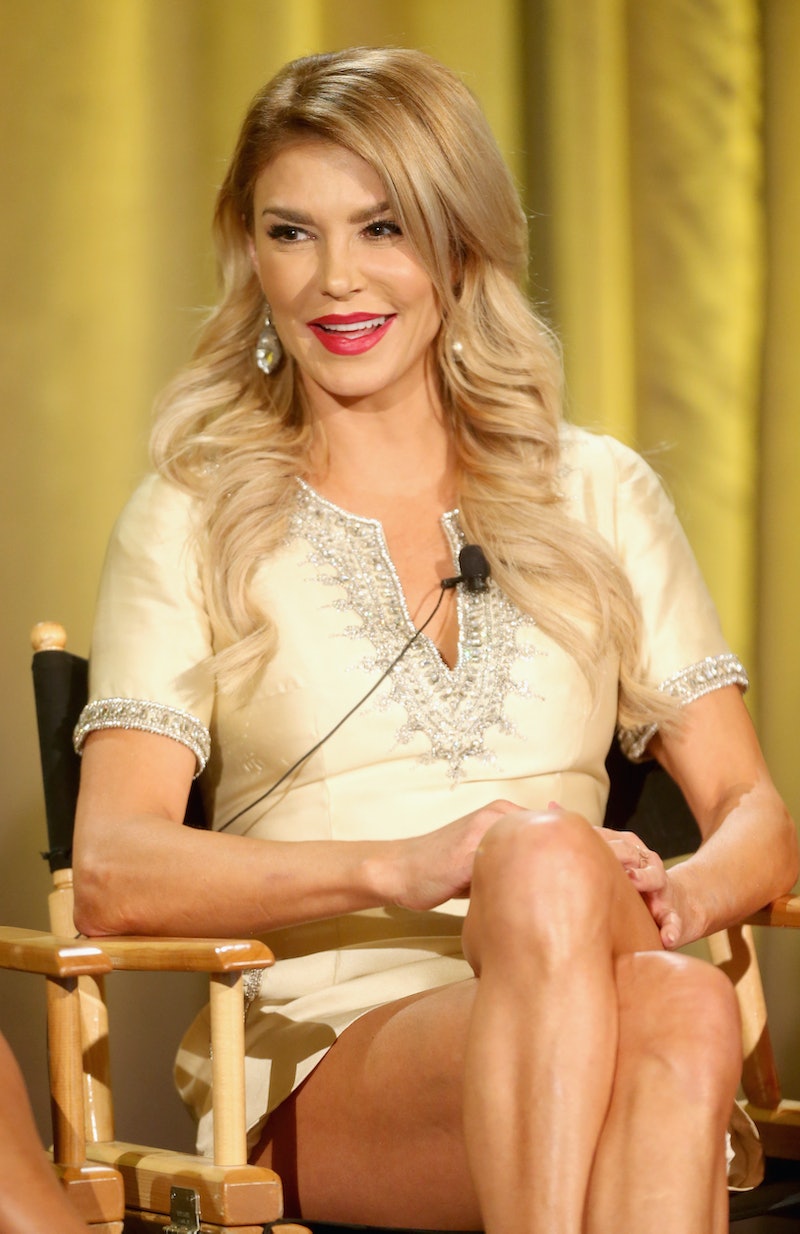 In June 2015, it was officially confirmed that Brandi Glanville would not return to Real Housewives of Beverly Hills. At the time of her exit, the reality star announced during an episode of her podcast, Brandi Glanville: Unfiltered, "After a lot of careful thought and deliberation, I have decided not to return to the Real Housewives of Beverly Hills. I mean, they've been awesome. And Bravo will always be my family. Like Andy [Cohen] said, 'It's the mafia, you never really get to leave us.'" Well, the latter definitely seems to be true, especially since while chatting with Bustle over the phone, Glanville says she would consider returning to RHOBH. However, there's only one thing that will get her back to the drama.

"I think that the only way I would want to come back is if I had a partner, you know if I was in love and I had somebody by my side to have my back," she says. That may very well happen now that she's starring on E!'s Famously Single and opening up her heart again to love. There's no doubt that the 42-year-old author has found herself surrounded by a lot drama, but the thought of someone having her back would make it a bit more tolerable.

"I don't think the women would come for me so hard," she says. "I feel like they respect people who are married on that show and they don't respect other... I don't know. I just want someone to have my back and to be there because they love me."

That doesn't mean she thinks her close friends and fellow RHOBH co-stars Yolanda Hadid and Kim Richards don't have her back, because they certainly do. "Yes, Yolanda has my back. Kim has my back, but they have their own problems. [Yolanda is] sick [and] Kim [has her] struggles." When it comes to facing the arguments and drama alone, Brandi says, "It's not fun and a lot of the other friendships I don't believe are friendships, they're alliances. I really wouldn't want to go back, unless my life is a different place."

So, until she actually makes a return and finds a partner to join her, fans of Glanville may only see her making guest appearances and popping up at reunions from the comfort of her own home, like she did in Season 6.