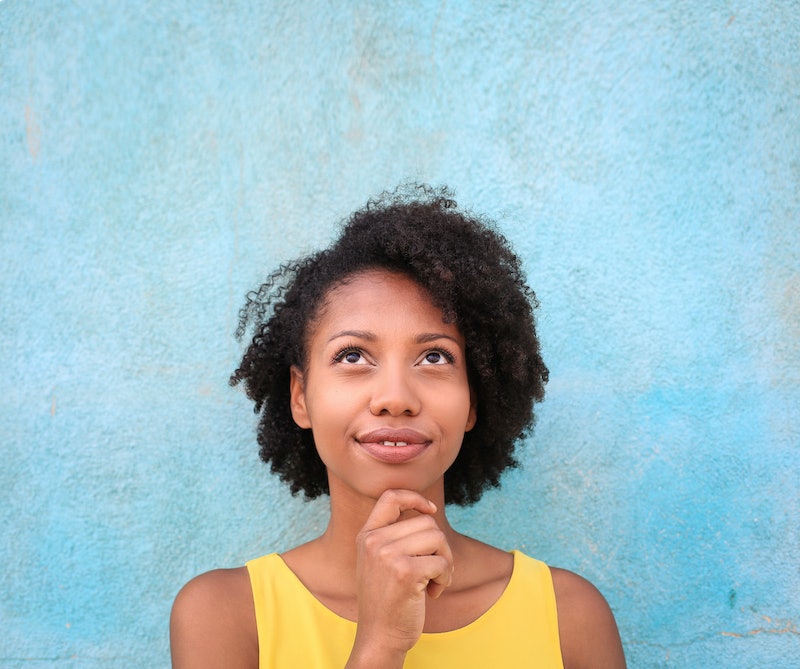 My mom went through menopause during the absolute worst time possible: When I was 12 and 13. Between my hormone levels shooting up and down and her hormone levels shooting up and down, we basically couldn’t talk to each other for about two years. We must have talked at least a little bit, though, because I have a clear memory of telling her that I hoped I died before I hit menopause because I never wanted to be as terrible as she was. Yup, that happened… (I’m so sorry, Mom!)

So yeah, I didn’t get a good impression of that time in a woman’s life. I have this idea that it’s basically the same as puberty, except you’re much older and therefore have more BS to deal with than you did when you were a teen. Sounds… Terrible. But it’s going to happen to me and many of my friends, so instead of sticking my head in the metaphorical sand, I decided it was time to find out: What’s really happening around menopause? How long does it actually last? What can I expect? Here are the six things I learned that I think everyone should know about menopause, even if it’s still years away.

1. There Are Three Stages

2. Perimenopause Is The Part That Really Sucks

This is when your hormones — especially your estrogen levels — go all out of whack as your body adjusts to the new reality of not releasing eggs anymore. It’s when your periods become irregular and it’s the time that a lot of people feel, well, kind of nuts. Marcelle Pick, OB/GYN, describes it as “puberty in reverse,” and that’s exactly why it was so rough for my mom to be going through it at the same time that I was going through puberty.

In addition to irregular periods, signs that you’re in perimenopause can include mood swings, lower sex drive, hot flashes, sweating, racing heart, headaches, vaginal dryness, painful sex, and trouble sleeping, according to WebMD. Of course, every person has a different individual experience of the number and severity of symptoms, but you can pretty much count on having some combination of the above.

4. It Usually Starts In Your Late 40s

Most people start experiencing symptoms of perimenopause in their late 40s, although some don’t hit it until their sixties. The average age of menopause, according to WebMD, is 51. But remember: in this case “menopause” means that first full year without a period. So the rough parts — the mood swings and hot flashes and vaginal pain — is usually pretty much over by that point.

5. It Usually Lasts Around Four Years

But can take as few as two and as many as 10 years. The total time from the start of perimenopause to postmenopause varies but on average most people are through it within four years.

While someone in throes of perimenopause might feel like this terrible thing is never going to end, I’m here from the other side of my mom’s experience to tell you that things do, in fact, get better. My mom can now drink coffee again (that was a weird side effect for her), is healthier than she ever was, and we’re super close now. A lot of women also report an increase in sex drive during postmenopause and feelings of greater confidence, which I am so all about!