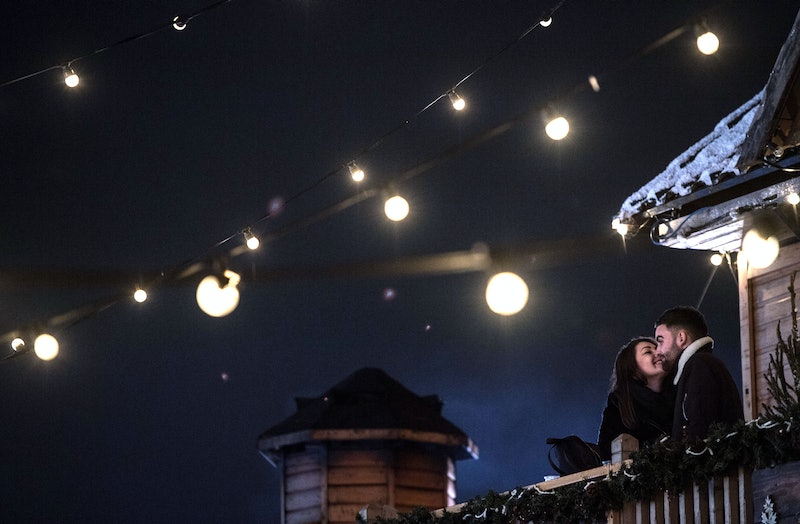 Sex is for the beautiful and the young. At least according to every other sex scene that plays out on TV. But despite what people tend to believe, sex doesn’t go downhill after 30. In fact, many recent cases have found that like wine, sex gets better with age. A new study of 828 Brits conducted by dating site, IllicitEncounters.com, found that 37 percent of women and 34 percent of men revealed that the best age to have sex is in your 40s.

“20-year-olds are having plenty of sex, but the 40-year-olds are actually enjoying it,” a spokesperson from Illicit Encounters said. “40-year-olds have fewer hang-ups than 20-year-olds, and more experience under their wing – they really know what they want out of their intimate life – and that’s great sex!”

Illicit Encounters isn’t the first to reveal this tidbit of information. Recently, many studies have come out revealing what your parents already know, that sex gets better with age.

Here are six science-backed facts to prove it:

1. Women Have A Better Chance Of Climaxing

Take it from people who are going through it now, as your age increases, so does your enjoyment for sex. In fact, a survey found that 54 percent of women felt that sex gets better with age. An OkCupid study conducted in 2011 even found that women in their early 20s had about a 40 percent chance of having difficulty reaching an orgasm, while that percentage dropped to around 20 percent for women in their 40s.

One of the reasons why many experts believe sex gets better as we grow older is because we tend to be more confident in ourselves. I think everyone can attest to the fact that sex in your 20s is about experimentation. It’s about trying new things and exploring your likes and your dislikes. It can also be awkward as hell. But as you age, you’ve been there, done that. You know what you like and what you don’t like. You also become more comfortable in who you are and your sexuality.

According to couples’ counselor, Tara Saglio, “By the time they’re older, people have usually come to terms with many of their insecurities about body image. They’re also likely to have less performance anxiety. The worries all men and women have — am I boring in bed? Do I look OK? Too hairy? – are less acute.”

3. With Confidence Comes A Sense Of Adventure Thus, Wilder Sex.

A study conducted by Health Plus magazine of people 45-plus found that older women were more adventurous. In fact, 89 percent of women admitted to liking various positions and locations. Of course, those women also said that sex was better in their 40s than it had been in their 20s.

4. Genital Primes Are Much Different Than Sexual Primes.

According to sex therapist, David Schnarch, there’s a big different between ones’ genital prime and ones’ sexual prime. Men reach their genital prime in their late teens or early 20s. They get aroused more quickly and can have sex much more frequently because they’re in their physical prime. However, their minds aren’t set to experience good sex. According to Schnarch, guys in their 20s are too impulsive, insecure, and inexperienced that they don’t truly reach their sexual primes until they’re middle aged.

A study conducted by women’s magazine, Your Life, interviewed professional British women 35 and over on their attitudes toward sex. While 75 percent of women said they were happy with their sex lives, that number jumped to 82 percent for women who were currently in relationships, and married women seemed to be the happiest overall.

Priya and Bob Tourkow, a couple who’s been together for 15 years and run retreats focused on reconnecting partners, told The Telegraph UK, “Everything slows down whether you like it or not. But as you get older, sex has the potential to be deeper, more loving experience without the franticness that young people experience. There’s a real magic in that.”

6. Sexual Satisfaction Increases As You Age

“There’s this misconception that sex belongs to young people. The reactions of the young to older people having sex range from humor and disgust to disbelief that over 50s are having it at all. But our study breaks down these generational barriers. Even though the frequency of sexual declines as we grow older, sex remains an important part of our lives. It doesn’t stop or go away, it just changes.”

Sure, you may be having a lot of sex in your 20s, but that doesn’t necessarily mean you’re having the best sex of your life. But don’t worry about that. In fact, take notes. Because according to science, the future looks bright and pleasantly orgasmic.

More like this
Expert Tips For Being On Top When You're Plus-Size
By Lexi Inks
How To Do The Intimacy-Boosting Lotus Sex Position
By Laken Howard and Lexi Inks
Jennifer Coolidge Got A Lot Of “Action” Thanks To 'American Pie'
By Catharina Cheung
You’re Making Your Home Look Cheap If You’re Doing Any Of These Things, According To Designers
By Rebecca Martinson
Get Even More From Bustle — Sign Up For The Newsletter