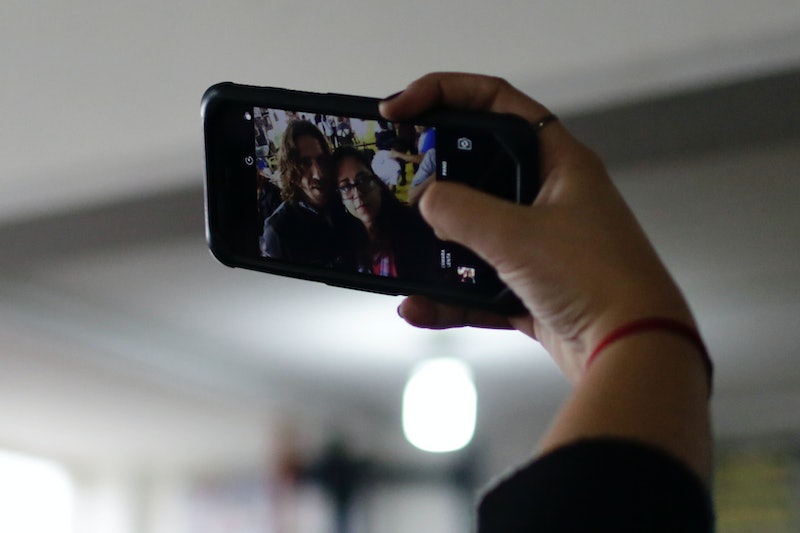 What was life like before the burrito emoji? How did we ever convey that it was raining without the umbrella emoji with tiny raindrops sprinkling down on it? These days, no one actually texts "It's raining" — do we look like amateurs? Emoji are life. And now, with news of the impending Unicode update and the release of 72 new emojis later this month, we're already brainstorming how to use the new Unicode 9 selfie emoji, the avocado (guac FTW!), the gymnast and fencer emoji, and all the others that will soon be added to our smartphones — except for the clown emoji. That one terrifies me just a little bit.

Emoji have changed the way we communicate, and it's fascinating watching them evolve as we do. "Selfie" is actually a word in the dictionary now, for Pete's sake. It only makes sense that its own emoji would follow.

Unicode 9.0 is scheduled for release on June 21, after which point smartphone platforms like iOS and Android will be able to add them to their updates. Unicode is certainly on top of its game, too: Plans for 2017's Unicode 10 releases are already underway, and their might be a fortune cookie emoji in our future. (Honestly, how did we get by this long without one?)

In the meantime, you better start planning all the fun and funny ways you're going to use the new selfie emoji. Here are some ideas to get you started.

1. Telling Your Friend To Take A Selfie

Your gal pal got baby bangs. You told her it was a bad idea. Now she looks like Herman Munster. Selfie, please!

2. To Tell Your Friend You're Taking Selfies

She calls you three times but you don't pick up. You're too busy taking pictures of your own face to respond, so you text her the selfie emoji. Boom. Problem solved.

3. To Complain About The People Next To You Taking Selfies

Listen, there's a time and a place.

4. Explaining To Someone How To Take A Selfie

You're doing it wrong.

5. To Reminisce About All The Selfies You've Taken With Your Celebrity Friends