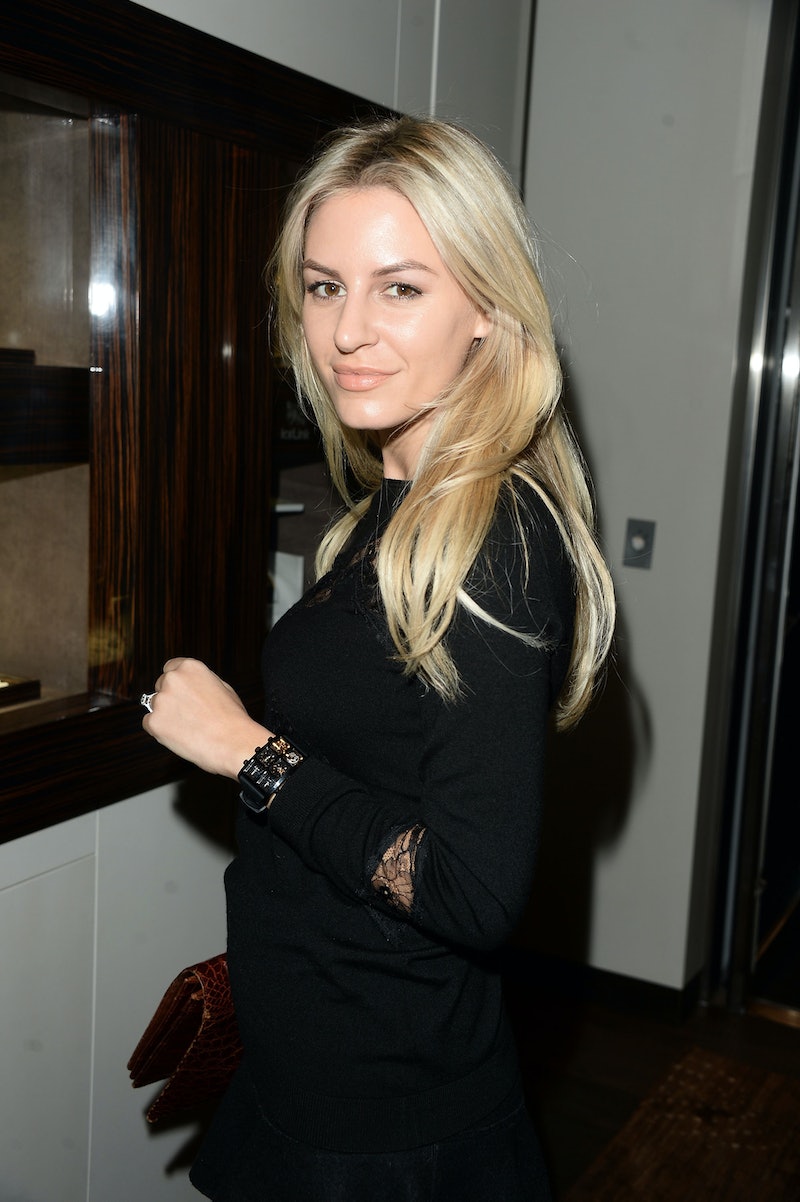 If you're not following Rich Kids of Beverly Hills star Morgan Stewart on social media, you're seriously missing out. Sure, it'll cause some major envy because this "kid" (who, like the rest of the cast, is actually in her late 20s) leads a pretty fabulous, luxurious life. Morgan attends amazing events, goes on extravagant vacations, and always has an amazing #OOTD to share. If you're already following her on Twitter and Instagram, you may be wondering what is Morgan Stewart's Snapchat username? I've got you covered — it's "boobssandloubss" (lest you forget that her two favorite things are Louboutin shoes and her boobs) and you should definitely add her STAT.

Although her Snapchat story features a lot of predictable content like fancy nights out and shots of her closet (which is about the same size as my studio apartment), it's also clear that Morgan has grown up quite a bit since the series kicked off. For example, she has frequently posted Snaps to raise awareness about mental health stigma and she's now earning some of her own money thanks to her recently-launched fashion line.

Here's are some examples of what you can expect to see on Morgan's Snapchat story:

Morgan is currently working to raise $10,000 for the National Alliance of Mental Health and she has posted plenty of Snapchat reminders over the past week. The cause is personal to her — Morgan's brother has schizophrenia and she is using her platform to fight the stigma against mental illness.

Spoiler alert — she rocks a casual outfit just as well as a gown.

Morgan doesn't skimp on vacations and the result is some pretty beautiful photos.

Morgan gets really excited about free soda and she's not afraid to post about it.

5. Sneak Peeks At Her Upcoming Projects

Although we now know this photo was a hint at her new fashion line, we should definitely stay tuned to Morgan's social media for clues about what she might be doing next.

Baguette and Olive make frequent appearances on Morgan's Snapchat stories — and, personally, I think that alone is reason enough to add her immediately.

I would expect nothing less.

Morgan is just as funny on social media as she is on Rich Kids — and she never takes herself too seriously.

So, what are you waiting for? Add Morgan on Snapchat for daily doses of fashion, dogs, and whatever else happens to be on her mind.