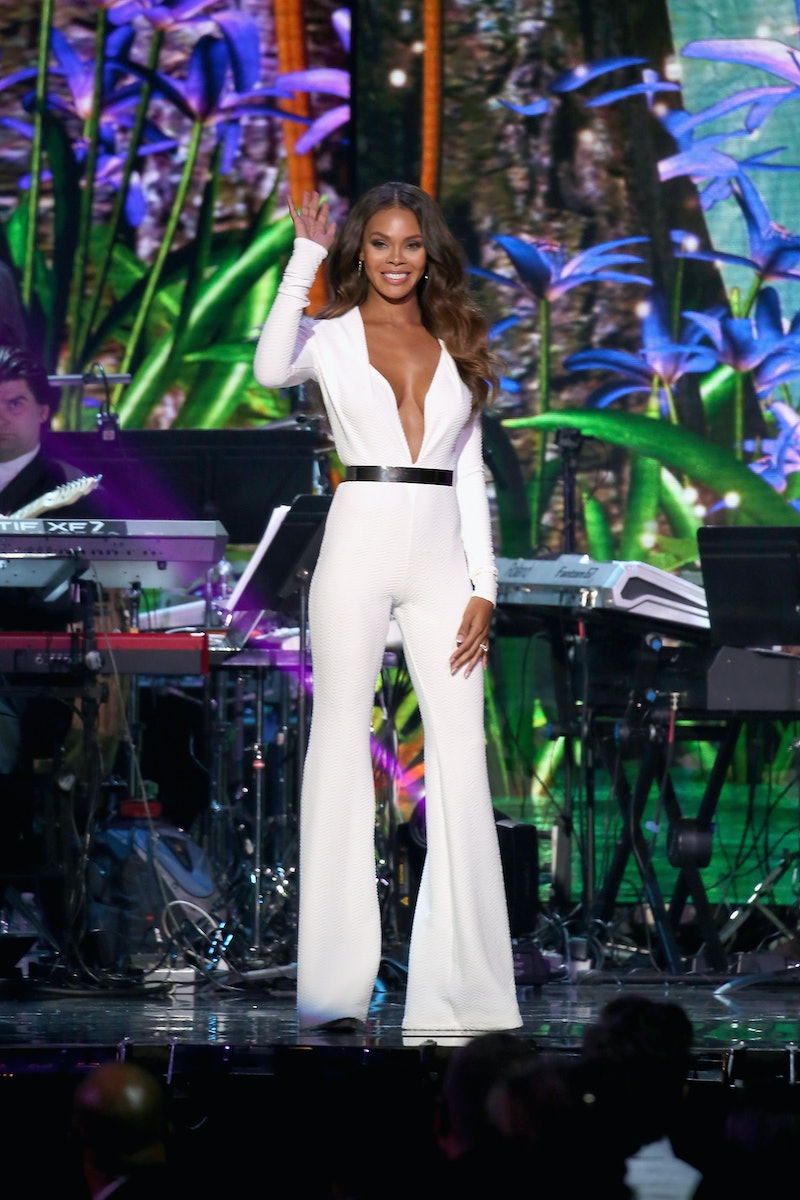 If you're new to the Miss USA pageant scene, you might need some help identifying the major players at the event. Or, if you were once a Miss USA fan but haven't caught up in recent years, you are probably in need of a refresher course. That's totally fine, I am here to help you. After all, I'm cool like that. For instance, you might be wondering, "Who is Crystle Stewart?" Don't fret, because I have got you all covered on this impressive Miss USA 2016 judge.

According to her bio on the Miss USA site, not only was Stewart Miss USA 2008 herself, but she's a real deal renaissance woman who hasn't stopped professionally since competing in the pageant. If the jack-of-all-trades looks familiar to you from somewhere other than the Miss USA pageant and you just can't place it, it's probably because you recognize her from the projects Good Deeds, The Exes, or For Better Or Worse, in which she currently plays Leslie Morris. But acting is only scratching the surface of what Stewart has and still is accomplishing with her career.

Here are some important things to know about the Miss USA judge:

She Was A Junior Olympian

A Silver Medalist, at that. Per her bio, she competed in the 1994 Junior Olympics and ran the meter 4x400 relay.

She Had A Mishap During The Miss USA 2008 Competition

Stewart fell during the evening gown competition, but recovered so gracefully that she end ended up winning. A true champ.

Her Alma Mater Is The University Of Houston

According to her IMDb page, she has a Bachelor of Science in Consumer Science and Merchandising.

She's A Proponent Of Gay Rights

In 2013, Stewart was interviewed at GLAAD's Hancock Park soiree where she spoke up about the then-debate over legalizing same-sex marriage. In addition to that activism, her Miss USA bio lists that she is, "a spokesperson for breast and ovarian cancer research."

In a 2008 interview with Chron, she was asked about her company Inside/Out and what her responsibilities were as the owner. She said,

The three things that I do are motivational speaking, character development, and birthday party planning. I talk to 6- to 18-year-old girls about self-esteem, how to make wise decisions and how to withstand peer pressure. I was a teacher at Elkins High School and I would see what these girls were going through. And I had already been there, done that.

Of course, if you want to get to know her even better, you can catch her on the Miss USA 2016 competition, which airs on FOX on June 5 at 7pm EDT.