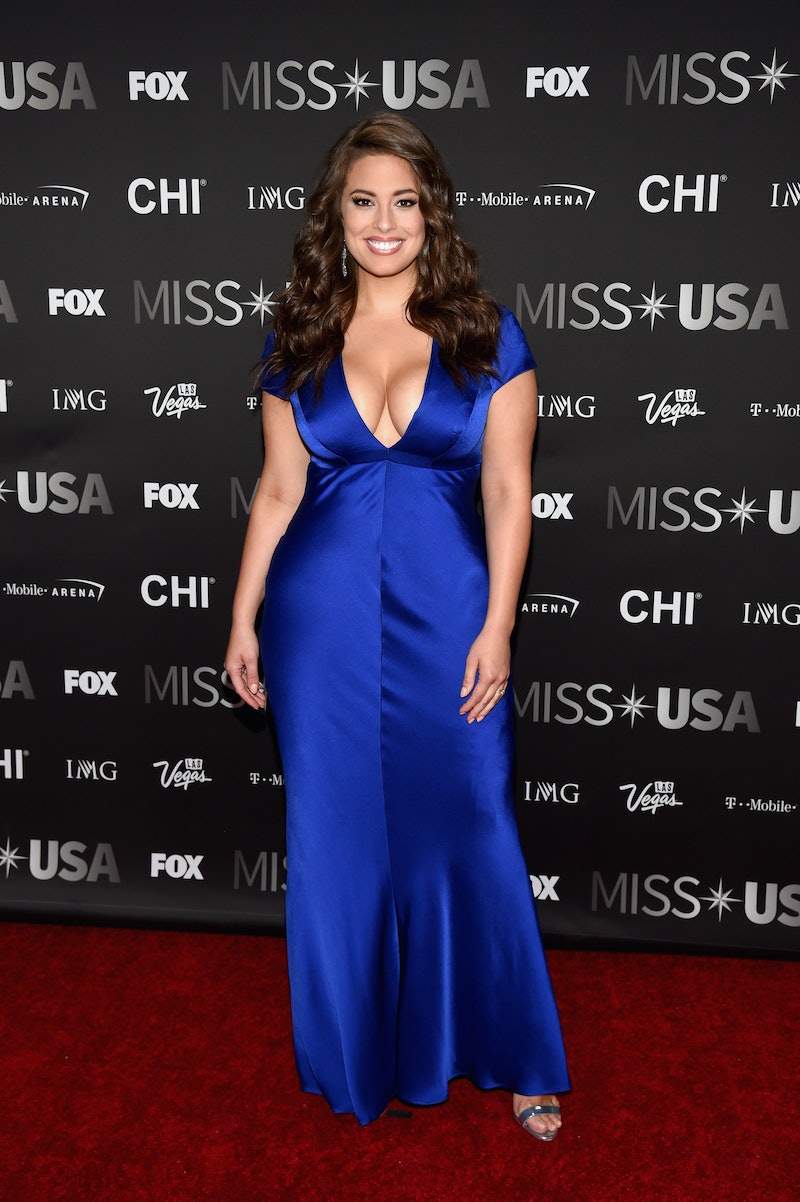 Although model Ashley Graham is no stranger to a red carpet or awards show stage, she had a pretty big job as backstage host at the 2016 Miss USA pageant. Graham totally killed it as a host, and she showed the behind-the-scenes aspects of the pageant as well as interviewed contestants as they came off the stage to get their reactions to the different rounds of competition.

Graham, who covered this year's Sports Illustrated and is outspoken about being curvy and working in the modeling industry, spoke to People about her host gig and what it means for the pageant community in general. "I think by having me host backstage, it's opened up this door and this question of well, why haven't we had anybody? What is stopping us from having us have a very curvaceous woman come in and win Miss USA or even be a contestant?" Graham said to the magazine.

She makes a good point, and one that needs to be said. During the competition, following the swimsuit portion of the event, Graham even said something about being a curvy woman who hoped to see more of that onstage in the future. "Pageants now, I'm hoping, are going to start putting curvy and plus-size women in front of the camera," Graham said. So true.

Graham totally killed it not only on the red carpet, but also backstage with her on-point looks and commentary. Turns out, I'm not the only one. Here's what Twitter had to say about Graham's comment and her host gig in general. :

It looks like she definitely struck a chord with viewers, and I can't wait to see if Graham's words bring about significant change.