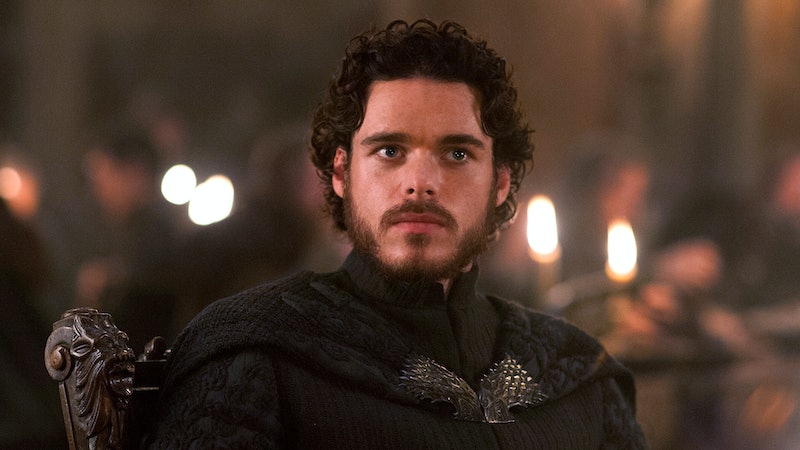 There are a lot of things that happen in the Game Of Thrones book series that fans are always dying to see brought to life on the HBO adaptation. One of the biggest book plots that has yet to come to life in the Game of Thrones series is Lady Stoneheart, who is basically a vengeful zombie version of Catelyn Stark. Since The Red Wedding, people have been waiting for her to make her second appearance but it has yet to occur. So, since the show is officially doing it's own thing when it comes to following/not following the books, is there possibly going to be a Lord Stoneheart?

Hear me out. I realize that Robb Stark was murdered, had his head removed from his body and then had Grey Wind's head impaled onto his body but that's not necessarily the end of him. Jon Snow was stabbed like six times and left to die in the snow but he came back, so don't count anything out just yet. Like I stated before, Lady Stoneheart is a Catelyn Stark zombie who returns for revenge against those that killed her family. Well, couldn't Robb Stark do the same thing? He has just as many people to pick bones with and he is just as dead as Catelyn. Also, the show is completely going off the rails of the books so anything is possible at this point.

One reason that this seems like a possibility is the fact that Robb has been mentioned approximately a billion times this season so far and his image at the Red Wedding has even been shown to Bran in a vision. Is this merely a coincidence? Why is Robb Stark such an integral part of every plot line this season? There has to be a reason because I think we all know that Game of Thrones doesn't do throwaway plots. If a long deceased character is mentioned over and over again, there is likely a reason.

Robb could come back and help Sansa and Jon defeat Ramsay to take back Winterfell. How badass would that be? Seriously, I can't even deal with how amazing that plot would be. Roose Bolton struck the death blow to Robb, so killing his psychotic son and taking down his house would be poetic to say the least.

I am ready to see Lord Stoneheart be a thing. Robb Stark needs to come back and silence all of the sh*t talking about him that has been occurring lately and avenge the wrongs against his family.