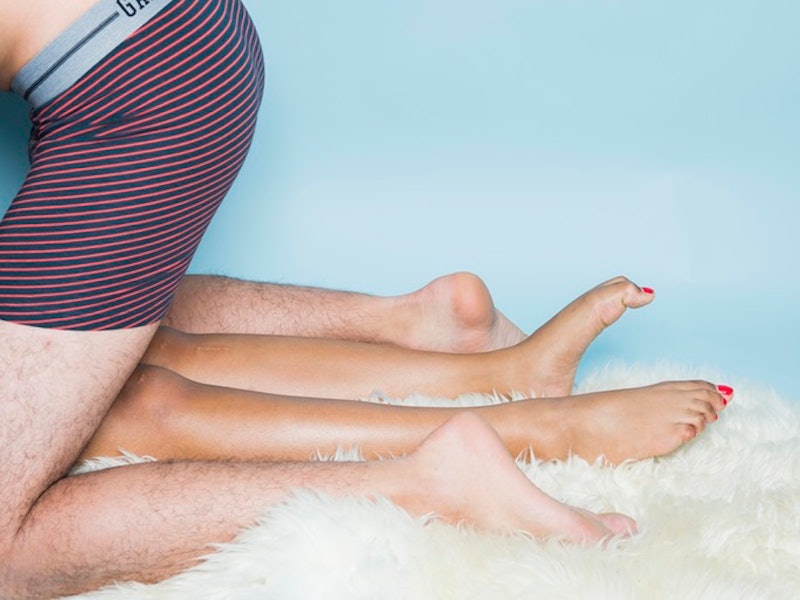 This doesn't surprise experts. "For young people, everything is illuminated all the time. They grew up in an age where nothing ages and instead, everything changes. New technologies, new communication mechanisms, information at their fingertips at a constant frequency, etc. Hook-ups could be — and often are — much of the same," relationship coach and founder of Maze Of Love Chris Armstrong tells Bustle. "I had a client once tell me that while she appreciated the intrigue and unpredictability of dating and sleeping around, she finds that she goes home to so much social media noise, texts and reality TV that she feels as though there is nothing to ground her, help her relax, bring her inner self out."

I don't think it's all bad. I'm someone who has had a lot of friends-with-benefits setups, and generally speaking, I do think that sex outside of a relationship can have a positive impact on your life; this might be especially true depending on what else is going on in your life and whether you have time for — or even want — a relationship. But I can also see how just having hookups if you're actually looking to be in a relationship may not be doing you any favors. It's always best to be realistic about what you're looking for right now, whether that's a relationship or not.

Since I still think hookups can be good for you, though, here's what else we know about hookup and happiness:

1. A Lot Of People Are Hooking Up

41 percent of Americans are having a casual hookup relationship, according to a 1,000 person survey from Adam and Eve — so if you're in the hookup scene, you're not alone by any means. As far as casual sex, I've always preferred friends with benefits; I find the sex tends to be better if you have more of it with the same person. But obviously some people are more about the hookupsm and that's totally fine, too.

2. But There Aren't As Many Orgasms As We'd Like

In a study of 24,000 college students only 40 percent of women had an orgasm during their last hookup, compared to 80 percent of men. This might explain the lack of happiness in hookup culture: If the orgasming gap is closing, it's not happening quickly enough in hookups.

3. One Night Stands Can Lead To A Relationship

Match's Singles In America survey found that 25 percent of users had had one night stands turn into a relationship. Now, if you're definitely looking to be in a relationship, then those aren't great odds. But it does show a hookup that isn't always just a hookup. Like I said, it's best to be realistic about what you want and go for that — that's where the real satisfaction comes from.