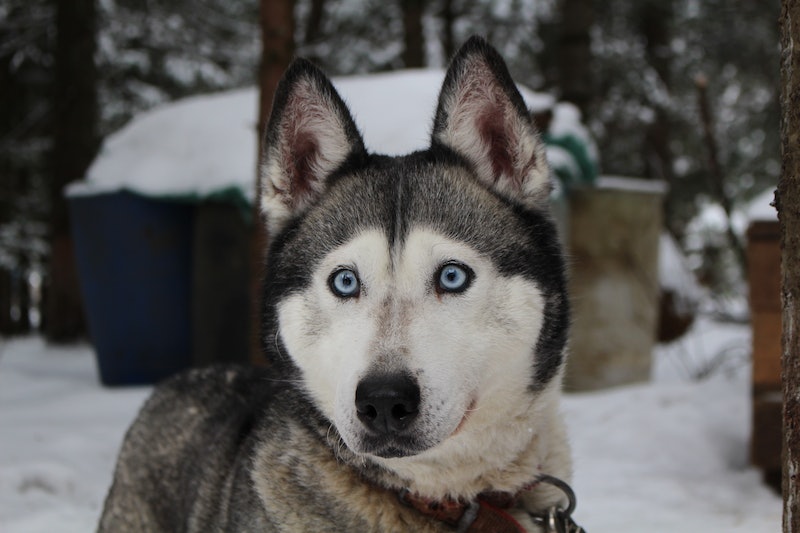 There are thousands of sex positions in the world, but only one named after our beloved canine companions. To some, doggy style is impersonal (and even potentially painful, depending on your equipment); but to others, the animal-inspired pose is the end all be all of sexing and deserving of songs sung in its honor. (I personally fall somewhere in the middle, in case you were wondering.)

Here's six vital stats about doggy style to know before you assume the position:

1. It's one of the positions that can break a penis

One very painful sounding study done by Brazilian doctors and academics over a 13 year period found that 29 percent of penile fractures were due to doggy style. If you hear a snap or pop when you and your partner are in the throes of bestial passion, get thee to an infirmary, stat.

2. It can be painful if you have a tipped uterus

If doggy style has never felt right for you, it might be because you have a tipped or tiled uterus. Granted, it's kind of difficult to know if you have a tipped uterus on your own, so ask your gynecologist at your next check-up if you're curious. If you have no idea what the hell a tipped uterus even is, these pictures might help explain why being taken from behind won't feel the same for everyone.

A variety of different surveys have doggy style coming out on top as a beloved position. For instance, Women's Health survey of over 800 men ranked it as #1, and an Elite Daily poll of 50 women found that ladies, too, love this rear entry maneuver.

I know, I know. The G-spot and vaginal orgasms might not even exist! But if they do, then doggy style offers a great angle to hit that place in the vaginal canal which feels extra awesome. I only know from experience there's something in there, whether it be a magical fleshy doorway to Mordor or my imagination. Whatever it is, doggy style holds the key.

5. It's a good upper body workout

Sex can be slow, sensual and lazy AF, but it can also be fast, sweaty and physically strenuous. If you're looking to get your blood moving mid-sex, holding yourself up at different angles with your arms can produce a decent upper body workout. Add in some dips if you really want to maximize the gun show, because that wouldn't be weird, right?

6. It's great for small penises