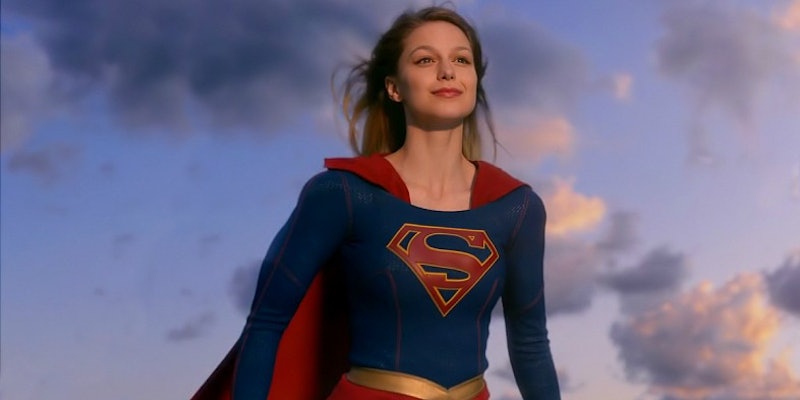 If it wasn't exciting enough that Supergirl is getting a second season on the CW, brace yourself for this: there's about to be a super family reunion. That's right, Superman is coming to National City. According to a statement by Warner Bros., he's making his appearance "visiting his cousin Kara in National City at the beginning of the series’ second season." The casting is reportedly wide open, but I kind of don't understand why. Isn't it obvious that Tom Welling should return to play Superman on Supergirl ?

Maybe some of you forgot, but Smallville was probably the most successful live-action super hero installments on the CW, pre-dating both Flash and Arrow (and Birds of Prey, but we don't ever have to talk about that). In fact, Smallville pre-dates CW itself, starting it's ten year tenure on the WB. At the helm of the show was the dreamy blue-eyed babesicle Welling, who played baby Clark Kent to perfection. Ten years perfection, guys.

What we would get, therefore, is beautiful, beautiful continuity. It's now evident that the Flash-Supergirl-Arrow trifecta of modern superhero installments exist within the same universe, the Arrowverse, if you will. Kara and Flash have palled around in the past, so why wouldn't we want to keep things in the family by bringing on the OG TV Kal-El properly?

There is a teeny, tiny conflict, though. Would Welling even want to return to the role after so many years playing the character? Nobody wants to be typecast, and to be fair, it's hard to see Welling as anything but baby Superman.

Last time we checked in on the possibility of Welling making a guest appearance in the Arrowverse, there was still a lot of uncertainty. Back in January Buzzfeed asked Welling's thoughts on returning to play Clark Kent, and he didn't really deliver anything definite:

It isn't a no from him, but he seemed to certainly have reservations. On the upside, Welling doesn't seem to have any projects coming up, so his schedule would be free to at least do a fly-by cameo. Maybe literally. Perhaps all that needs to happen to convince him is that invite. After all, if Supergirl is indeed becoming another CW super hero, it only makes sense that she's reunited with her CW ancestor. So close the casting and pick up the phone: we already have our Man of Steel.

I mean, we're not going to bring on Henry Cavill.