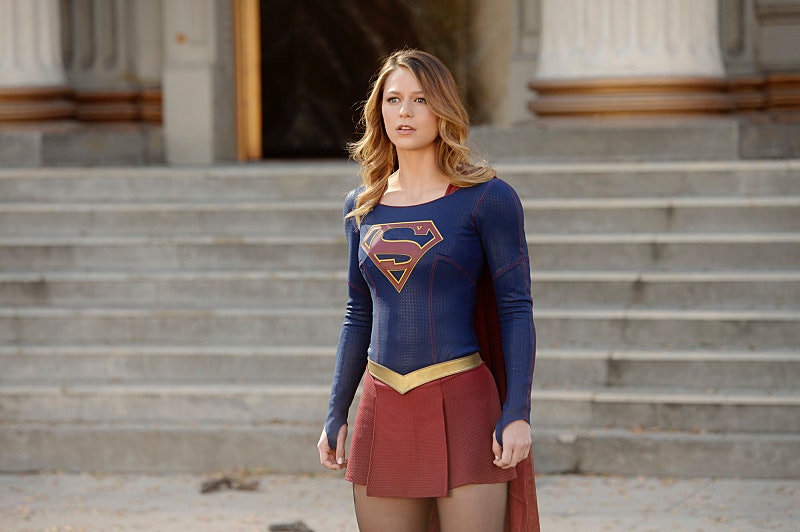 Listen, I can understand why fans of all things heroic are excited by the news that Superman is joining to cast of Supergirl for Season 2. Even more people with superpowers in the room is generally not a bad thing, especially for fans of the original comic books that these stories are based off of. But when it comes to a show that is so much about how powerful women can be, the idea of bringing an even more popular and powerful male character into it makes me all kinds of cringey. Because there are a lot of reasons why I think that Superman shouldn’t be on Season 2 of Supergirl, and those reasons have a lot to do with how it will affect this already-awesome female-led TV show.

Because right now, Kara is sort of the head woman in charge on Supergirl. Working for Cat Grant and secretly protecting the city from threats of evil, she’s a force for good all on her own. Bringing Superman into the fray will majorly detract from her storyline. Think about it: Bringing in a big shot like Supergirl’s cousin, Superman, a man who is one of the most famous superheroes in the superhero world, will take away precious time from Kara’s own storyline. It’s just the way things work in television: With only a set amount of time per episode, introducing another newly cast character means less screen time — and less story development — for the main character herself. And, honestly, I don’t want to share my precious Supergirl time developing a character who has had plenty of screen time in his life.

Not to mention: It’s Superman. Talk about a guy who overpowers everyone he comes in contact with. He’s like the president of all things superhero, so putting him in scenes with Supergirl, a relatively new superhero as far superheroes go, will most likely overshadow her spot on the show. Instead of paying attention to Kara, in every scene that Superman is in, fans will undoubtedly be focused on the Man of Steel himself.

But here’s the other thing that rubs me the wrong way about this whole Superman news: I feel like bringing a male superhero into the mix on a female-led show like Supergirl could potentially send a bad message. While adding Superman to the list of characters to drudge up some excitement for Season 2 makes sense for the show’s creators, it also inadvertently sends the message that a female-led show can’t hack it without a powerful man stepping up to give it a little more clout.

See what I mean? That’s all kinds of icky. Even if his part is a small one.

Either way, I’m pretty firmly against this addition. I vote for letting Supergirl stand on her own in Season 2. She’s been doing a fine job of it so far. And if the show’s writers insist upon bringing another superhero into the mix, make it a female one. That would send a even more powerful message about what it is to be a strong woman in the world today.