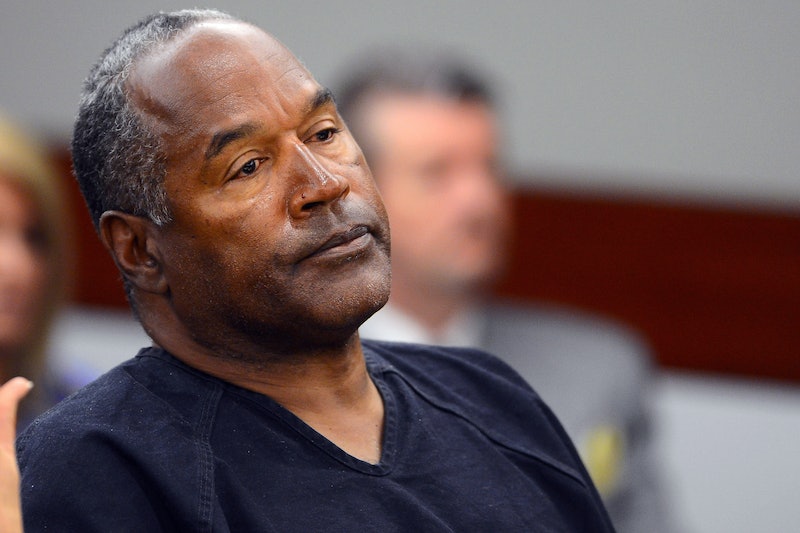 It's not unreasonable to ask, "do we really need another show about O.J. Simpson in 2016?" However, while The People v. O.J. Simpson: American Crime Story already provided a detailed look of the trial of the century, it lacked the sheer scope of ESPN's documentary series O.J.: Made In America . Another key difference is that American Crime Story was a fictionalized take on the Simpson trial, but ESPN's series is a true documentary, encompassing Simpson's life well before he was tried and acquitted for the murders of Nicole Brown Simpson and Ronald Goldman. And if you're wondering how many episodes O.J.: Made in America will be since it delves into so much, the answer should reassure you that it won't gloss over anything.

Over the course of five, two-hour episodes, director Ezra Edelmen uses new interviews and previously existing footage to tell the full story of Simpson's life in O.J. Made in America. The docuseries, which premiered earlier this year at Sundance Film Festival in its entirety, will premiere on ABC on June 11, while the following four installments will air on ESPN the following week. Each episode will cover different parts of Simpson's life, starting with his career on the field and ending with his 2008 conviction of 12 charges unrelated to the infamous trial of the century. The most famous part of Simpson's life — the murder of his ex-wife Brown Simpson, the following trial, and his acquittal — doesn't even begin until the third episode. Edelman is using the extended running time to explore not just the trial, but Simpson's past and how the cultural attitude towards topics like race and celebrity affected the trial. Here's what to expect from each episode of the televised documentary, based on the episode descriptions from TV Guide:

Part 1 of a five-part documentary chronicling O.J. Simpson begins with the origin of his football stardom in the '60s, as America combusted with racial upheaval, and examines why the country fell in love with him off the field.

Simpson rose to prominance as a football star, as running back for the Buffalo Bills from 1969 to 1977. Simpson, known to many as Number 32, also started a successful acting career at this time, appearing in dramatic work like the original Roots series as well as the popular comedy film franchise The Naked Gun.

Part 2 of 5. Racial tension boils over in early-'90s Los Angeles, while O.J. Simpson remains a world apart in exclusive Brentwood, cultivating a perfect image atop a life of secrets.

The Rodney King beatings and subsequent Los Angeles riots of the early '90s foreshadowed the ongoing racial tension that would eventually became a key part of Simpson's trial. The series will dedicate this episode to exploring the racial undertones of American life at this time, and how it affected Simpson.

Part 3 of 5. O.J. Simpson is arrested and charged with the murders of his estranged wife and an acquaintance, setting off a saga unlike any in American history.

Episode 3 seems to cover the beginning of the Simpson trial, which ended with him being found not guilty, and the initial confusion that infected America as the story unfolded. This beloved celebrity being tried for murder forced people to confront their own ideas of what it meant to be famous. This episode will likely mirror the first third of American Crime Story and its take on the trial.

Part 4 of 5. O.J. Simpson's 1995 "trial of the century" unfolds in downtown Los Angeles, riveting the country for months and reshaping the media and cultural landscape.

In the penultimate episode, Made in America will tell the story of the trial and how it reflected the culture of America at the time. This episode will serve as an unintended counterpart to the latter two-thirds of American Crime Story, which focused almost solely on the trial and how all those involved were affected by the monumental case.

The five-part documentary concludes with the years following O.J. Simpson's murder acquittal as his life takes strange turns, culminating in a new arrest and, this time, a conviction.

O.J.'s post-trial life was far from normal. Despite being found not guilty, the public's opinion of Simpson drastically changed, as did Simpson's life and career.

O.J.: Made In America aims to use Simpson's story to talk about far more than just O.J. Simpson. Just like American Crime Story, Made In America is using his life to tell many other stories related to the trial. The 7.5-hour documentary aims to leave no stone unturned when it comes to Simpson and give viewers a close look at his life, as well as American culture in the years leading up to the trial of the century.