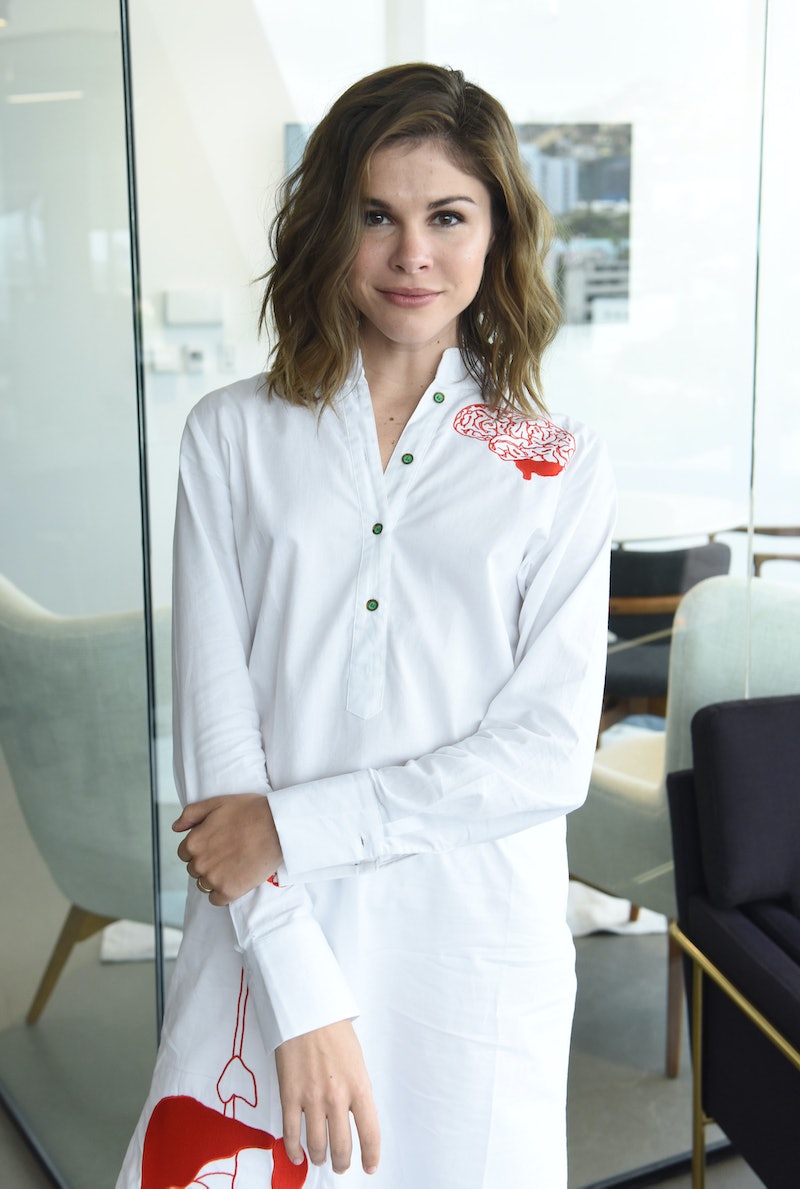 In case you missed today's big beauty news, beauty startup Glossier announced a new product, a highlighter called Haloscope. The company is known for its cult favorite products like Boy Brow, Milky Jelly cleanser, and the all-purpose favorite Balm Dot Com, but it's recently started to dabble more into makeup (including the Stretch Concealer, which I'm 100 percent obsessed with). The new Glossier Haloscope highlighter came out Monday, so of course Glossier founder Emily Weiss wore Haloscope to the 2016 CFDA Awards on Monday night.

The Haloscope highlighter is a push-up stick that comes in two shades, a pink one called Quartz and a bronze one called Topaz. Both products can be used on any skin tone, and you can use them depending on whether you want to look dewy or sunkissed. They're already on sale on the Glossier website, so you won't have to wait long to get your glowy fix. But since you do have to wait for your highlighter to ship, you might as well learn how to wear it.

Check out how gorgeous it looked on Emily Weiss at the CFDA Awards. She posted an Instagram on her way to the event, and the natural light in her car perfectly shows off how great it looks.

So glowy and amazing, right? As Weiss said in the caption, she's wearing the Quartz Haloscope highlighter, the pink, pearlescent shade. It looks super natural and gives her that "glow from within" look we all want and love.

Here's a swatch pic from early Monday, also on Weiss' Instagram. Both shades are amazing on her, but I think the Quartz one was a perfect choice for the awards.

If you want to copy Weiss' look, you can get the Haloscope highlighter now on Glossier's website. But hurry, it'll probably sell out fast.