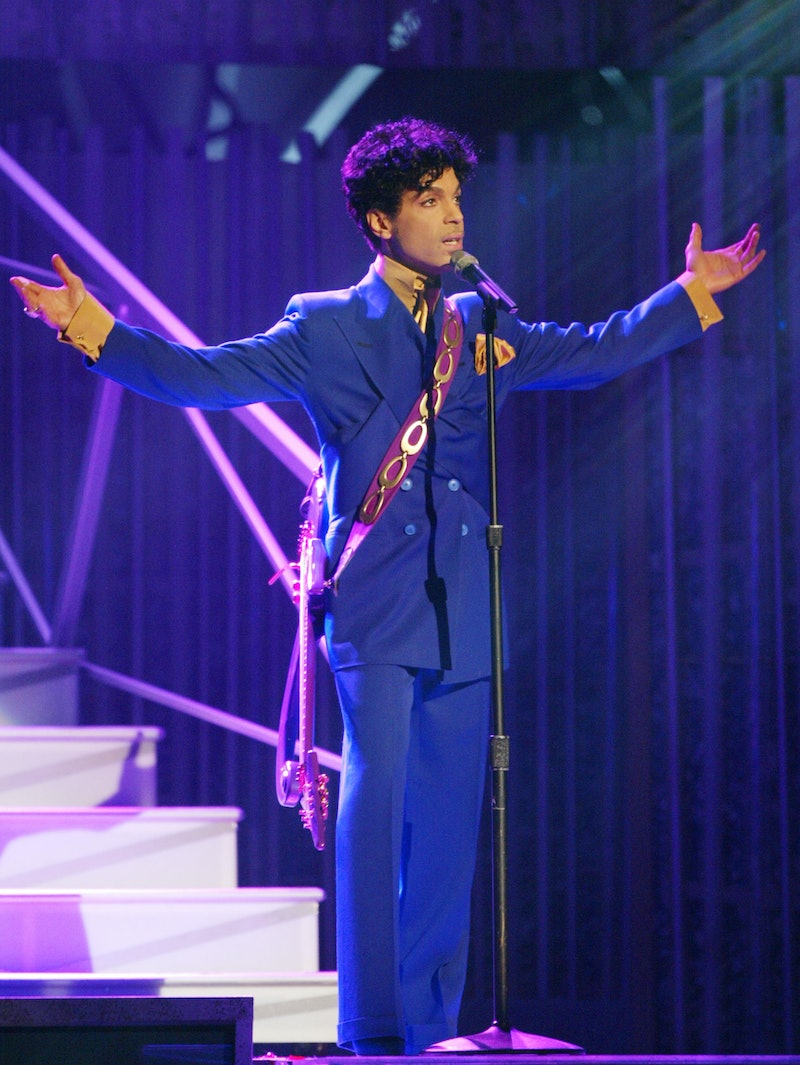 Prince fans, break out your purple today, because it's officially Prince Day. In honor of what would have been the singer's 58th birthday, Governor Mark Dayton of Minnesota has officially declared Tuesday, June 7, to be Prince Day in the late icon's beloved home state. Even if you're not in Minnesota today, it's a great reason to honor the legendary musician, and on social media, there are many ways to honor the Purple One, as well. There's the hashtag #PrinceDay going around Twitter, but many fans are also wondering if you change your Facebook photo purple in honor of the celebration.

Changing your Facebook photo might seem unimportant, but it can actually be a great way to express your solidarity for an event or person. I remember being overcome with emotion after November's terrorist attacks in Paris when I saw dozens of Facebook friends changing their profile pictures to feature French flags in honor of the victims of the attacks. It seemed like such a simple but powerful way to show support on social media, and whether it's used for mourning victims of terrorism, celebrating same-sex marriage, or honoring a late, beloved star, it's an easy way to show your support.

Thus, it makes sense why Prince fans would want to honor the musician on his birthday via their Facebook profile picture. Unfortunately, it doesn't seem that fans have the option for a purple overlay in their profile photo, but fear not — there are plenty of other ways to celebrate Prince on June 7. Of course, the obvious answer is to wear a pop of purple today or any day this week. Everything from a simple ribbon around your wrist to a full-on purple outfit (which I think Prince would have loved) works, and it's sure to be a great conversation starter. If you're not into wearing purple but want to honor his legacy on social media, though, you can use the hashtag to share photos, videos, or songs.

Here are some awesome examples of Prince fans turning the Internet purple today:

No matter how you choose to honor Prince on what would have been his 58th birthday, you'll be in solidarity with the millions of Prince fans around the globe who are sorely missing his musical gifts.