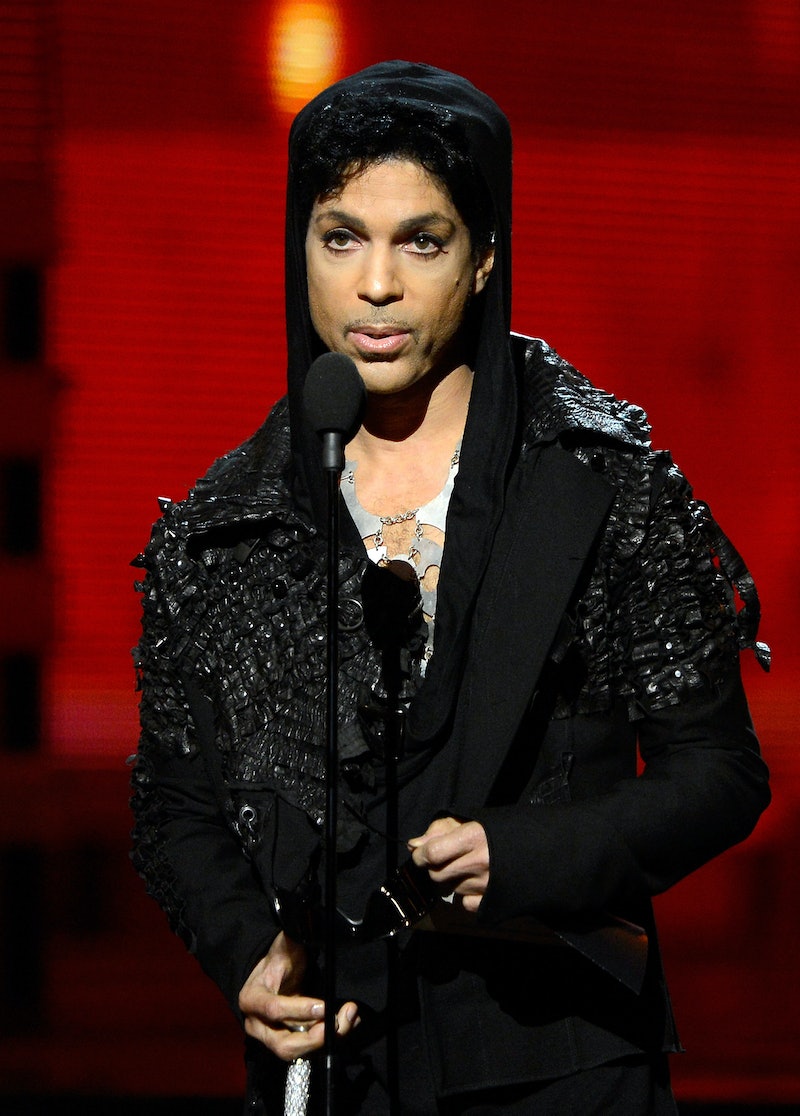 On April 21, news broke of legendary singer Prince's death at the age of 57 after being found unresponsive in an elevator at his Paisley Park estate in Minnesota. An autopsy was completed soon after, but its results were not yet available at that time. That said, Carver County Sheriff Jim Olson did say there were "no obvious signs of trauma" and that there was "no reason to believe this was a suicide." On Thursday, June 2, Prince's official autopsy results were released on Twitter by the Midwest Medical Examiner's office. However, the report explains Prince's full autopsy will not be released. The medical examiner's office's statement press release reads:

This public data includes the manner and cause of death. Under Minnesota law, all other medical examiner data is considered private or nonpublic data. The Medical Examiner's office is unable to make any further comments about its death investigation of Prince Nelson.

Despite the full report not being released to the public, the cause and manner of Prince's death is explained. The report lists "fentanyl toxicity" as the cause of death, which has also been ruled as an accident. As for "how injury occurred," the report rules that Prince "self-administered fentanyl."

Also on Thursday, The Associated Press reported an anonymous law enforcement official revealed that Prince's "test results" showed the singer died of an opioid overdose. Per the AP, the official who released the information was close to the investigation, but chose to remain anonymous, "because he was not authorized to speak to the media." At the time of the report, it was unclear if the reported "test results" were in any relation to the autopsy conducted in April.

According to CNN, and as stated above, the Midwest Medical Examiner's Office told the news organization that the full autopsy and toxicology report will not be released. CNN also reported that fentanyl is a type of medication prescribed for cancer treatment and "can be made illicitly and is blamed for a spike in overdose deaths in the United States." It's remains unclear if the fentanyl taken by Prince was prescribed or illegally made. Per the medical examiner's report, the Carver County Sheriff's Office is continuing its investigation into Prince's death..

Soon after his death, Prince's publicist released the following statement to Bustle:

More like this
Where Is Armie Hammer’s Ex-Wife Elizabeth Chambers Now After 'House Of Hammer'?
By Grace Wehniainen and Radhika Menon
Where Is The Bling Ring’s Rachel Lee Now?
By Arya Roshanian
What Is 'Pretty Wild' Star Tess Taylor Up To Now?
By Morgan Leigh Davies
After The Bling Ring, Nick Prugo Was Embroiled In Another Scandal
By Arya Roshanian
Get Even More From Bustle — Sign Up For The Newsletter