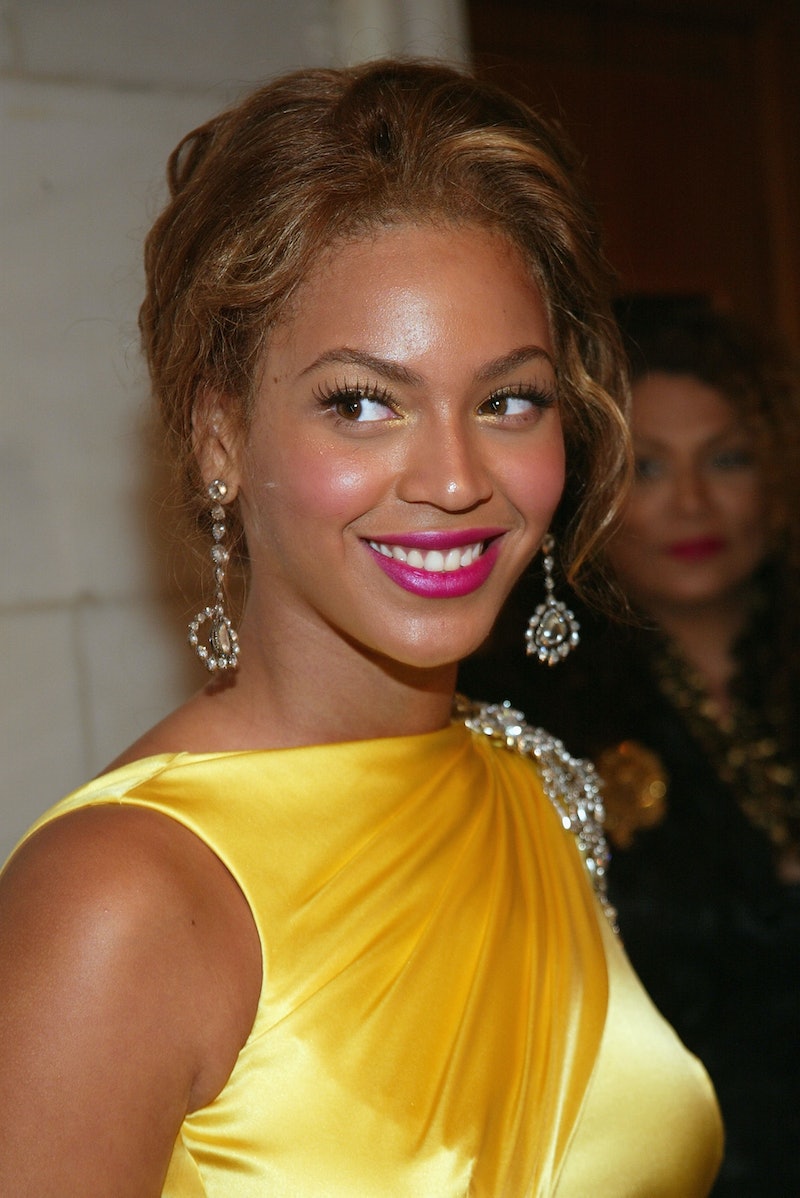 Want more proof that she's a fashion icon? Well, Beyonce won the 2016 CFDA Fashion Icon Award, thanks to her inimitable personal stye. In her CFDA Fashion Icon acceptance speech, Beyoncé eloquently, effectively, and economically explained how fashion is in her DNA, due to her grandmother being a seamstress and teaching her mother Tina how to sew. Bey also revealed how much fashion and clothes have impacted her identity and how her beloved mom has shaped her style. Beyoncé also spoke about her mother designing her prom dress, her wedding dress, and her first CFDA Awards dress, which she wore back in 2004.

That canary yellow, stretch satin dress with a blinged out shoulder hugged Bey's stunning figure. It remains a classic design, one that still holds up as gorgeous and wearable today. That's another piece of evidence of Beyoncé's icon status and of how much her mother was an influence and a source of inspo.

In a 2004-published Women's Wear Daily article recapping that year's event, Beyoncé and her CFDAs dress are prominently featured and compared to NYC imagery. The piece states, "Wearing a shiny yellow stretch silk satin gown designed by her mother, Tina Knowles, and capped with a silver broach, she looked like a taxicab complete with medallion." Personally, I don't think Bey looked like a yellow cab, but...

Let's look back even more at the beautiful, bright dress that Beyonce wore and that Tina designed.

The draping and that pseudo cape were so unique but not overpowering. The shape hugged every enviable curve.

Beyoncé was every inch a goddess.

In the WWD piece, Beyoncé is also quoted as saying, "This is my first time here and it’s just amazing." However, Tina corrected her, reminding her daughter about Destiny's Child performance at the 2000 CFDAs at Lincoln Center. So, this technically was not Bey's first time at the CFDAs. TBH, the singer could have been referring to this being her first time there as a solo artist and not as a member of DC. Or she could have meant her first red carpet.

Since Tina designed Destiny's Child stage costumes and attire, one can make an educated leap and assume that she designed their CFDAs performance outfits, which were swirly and tye-dye-like, too!

One last thing. The WWD feature also quotes Bey as saying, "Hopefully, one day my mother and I will be up here winning an award."

Turns out her 2004 statement was prophetic, since she won the award last night and attributed much of her look and style to her mom. Her speech made it feel like it is a shared accolade. Because it is.