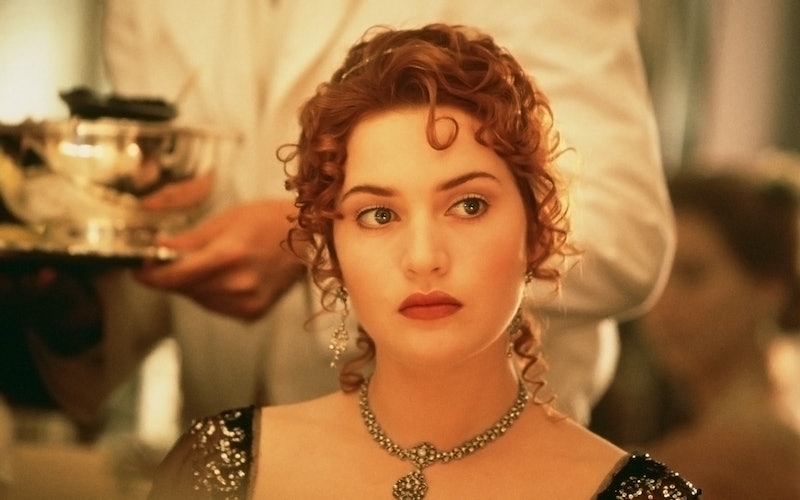 If you were a '90s kid, there's a good chance that you have some special memories of Titanic. Maybe Jack Dawson was your first crush, or maybe the portrait scene was the first time you saw on-screen nudity, or maybe you remember how the home video release of the movie contained not one but two VHS cassettes. If you're a superfan, you might even remember some trivia about the movie, like the fact that James Cameron did the drawing of Rose, or that the water they filmed in was 80 degrees. But you might not know about the drama that happened before the movie started shooting — for example, how Kate Winslet gunned for the role of Rose.

Nowadays, the idea that Winslet would have to fight for any role may seem a bit absurd. After all, she's won an Oscar, an Emmy, and a Grammy, as well as multiple Golden Globes and SAG Awards. But when Titanic was being cast back in 1996, Winslet was still a small-scale star who had only been on the Hollywood radar for a short time (her first film appearance was in 1994's Heavenly Creatures). So when the role of Rose came within Winslet's reach, she was eager to grab it.

In a 1998 interview, the actor told Rolling Stone that after she read the Titanic screenplay, "I closed the script, wept floods of tears and said, 'Right, I've absolutely got to be a part of this. No two ways about it.'" She contacted her agent in order to procure Cameron's phone number, and then called the director on his car phone (remember those?). Explained Winslet, "[Cameron] was on the freeway, and he said, 'I'm going somewhere.' And I think he pulled over, and I said, 'I just have to do this, and you are really mad if you don't cast me.'"

Winslet's persistence didn't stop there. Three days after she auditioned for the role of Rose in LA, the actor sent Cameron a bouquet of roses with a note that said "From Your Rose." It was a bold move, but an effective one. The director cast Winslet not too long thereafter, even though there were other women on the short list for Rose with higher profiles. As Winslet explained to USA Today, "Jim took a risk in casting me. A lot of my contemporaries — Uma Thurman, Gwyneth Paltrow, Winona Ryder — were much more likely candidates. I got lucky."

Whether it was a result of luck, persistence, or some combination of both, Winslet won the role and created an unforgettable character. Personally, I can't imagine what Titanic would be like with a different actor as Rose, so maybe it's a good thing that Winslet was assertive in her efforts to win Cameron's favor. And hey, maybe we all should take her lead and consider picking up a bouquet of roses on the way to our next job interviews.