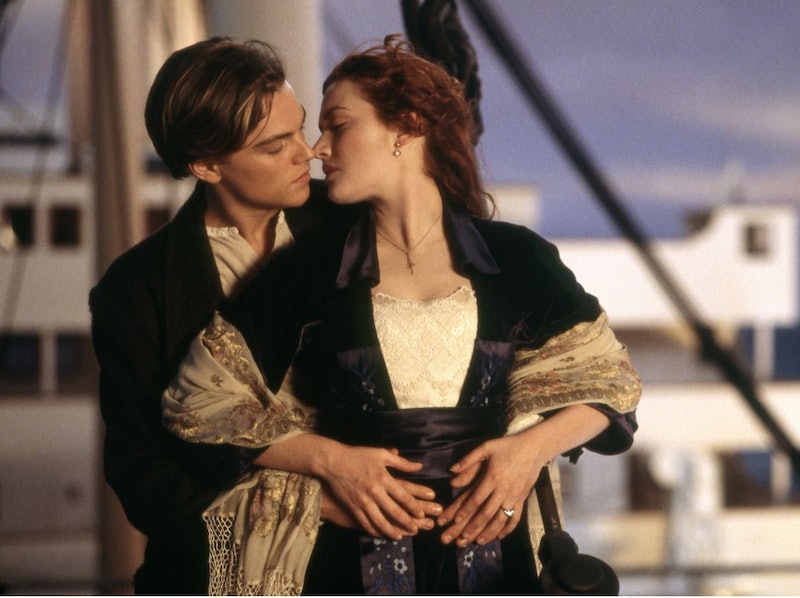 Titanic, the epic romance of Jack and Rose (that brought us Kate and Leo) and "My Heart Will Go On," is certainly a Hollywood game changer. James Cameron's Oscar winning film set box office records, took advantage of new technology and introduced American audiences to a new kind of blockbuster. The kind with Leonardo DiCaprio in it. Thanks to a few iconic scenes — "I'm king of the world!" — and a tragic romance, Titanic has become one of the most beloved movies of the past 50 years. And yet, after I was scarred for life after seeing it in theaters, I have never wanted to watch it again. And, I don't think I ever will. In fact, I can think of 13 reasons why I'll never watch Titanic again.

For the record: I get why people love Titanic , and I will forever be thankful for this introduction to Winslet and DiCaprio. That said, the movie is more tragic disaster than romance, and that's just one of the 13 reasons it has landed a prime spot on my Do Not Watch list.

1. It's Over Three Hours Long

That's longer than The Revenant, just FYI. And, if you're watching Titanic on TNT, then it's even longer. Just remember, that's time you'll never get back.

Seriously, I get that dropping the necklace into the ocean is a symbolic gesture, but it's just wasteful. Old Rose might as well have set a million dollars on fire to declare her love. Somehow, I don't think Jack would have wanted that.

4. It Uses Suicide As A Plot Device

I love Winslet, and her performance in Titanic is on point. However, Rose's suicide attempt isn't exactly a good portrayal of suicide or depression on the big screen. It's essentially a meet cute — a meet cute suicide, if you will — and that's not OK.

Am I nitpicking? Yes. But, come on, these colors look so fake.

The entire last part of the movie is basically a montage of people dying horrifically. They're falling off the breaking ship, stuck in rooms waiting to drown, or being murdered by other passengers desperate to get to safety.

Did I mention all the people who freeze to death waiting to be rescued even though they are wearing life jackets? Eeek!

"Women and children first" is a traditional policy following old social norms, but I always wondered about it. I mean, I get that we need to rescue the children first, and I know that it was the times and all, but it still just makes me feel uncomfortable. It's especially unnerving when you consider the fact that the saying doesn't actually apply to all women and children.

Talk about cruel and unusual, locking the lower classes in the ship — essentially sentencing them to death — is truly terrifying. No matter how many times I tell myself that this is a plot point that reflects the class struggle depicted in the film, I still can't stand watching it happen.

Good luck with your nightmares.

12. Leo Totally Could Have Fit On That Plank

Obviously. One of the most hotly debated questions in film history is whether or not Jack could have fit on that plank of wood next to Rose, but real fans know the answer: yes, he absolutely would have fit. Jack could have survived with Rose, and we all could have been saved from the image of beautiful Leonardo DiCaprio sinking into the ocean.

In summary: my poor heart just can't take it.

For the record: I have seen Titanic since that first time. And, after catching some of it on television during a sick day, I realized that there is only one way I can watch the movie again, and that is to turn it off right after Jack and Rose have sex. I'll take sappy romance over tragic death any day.