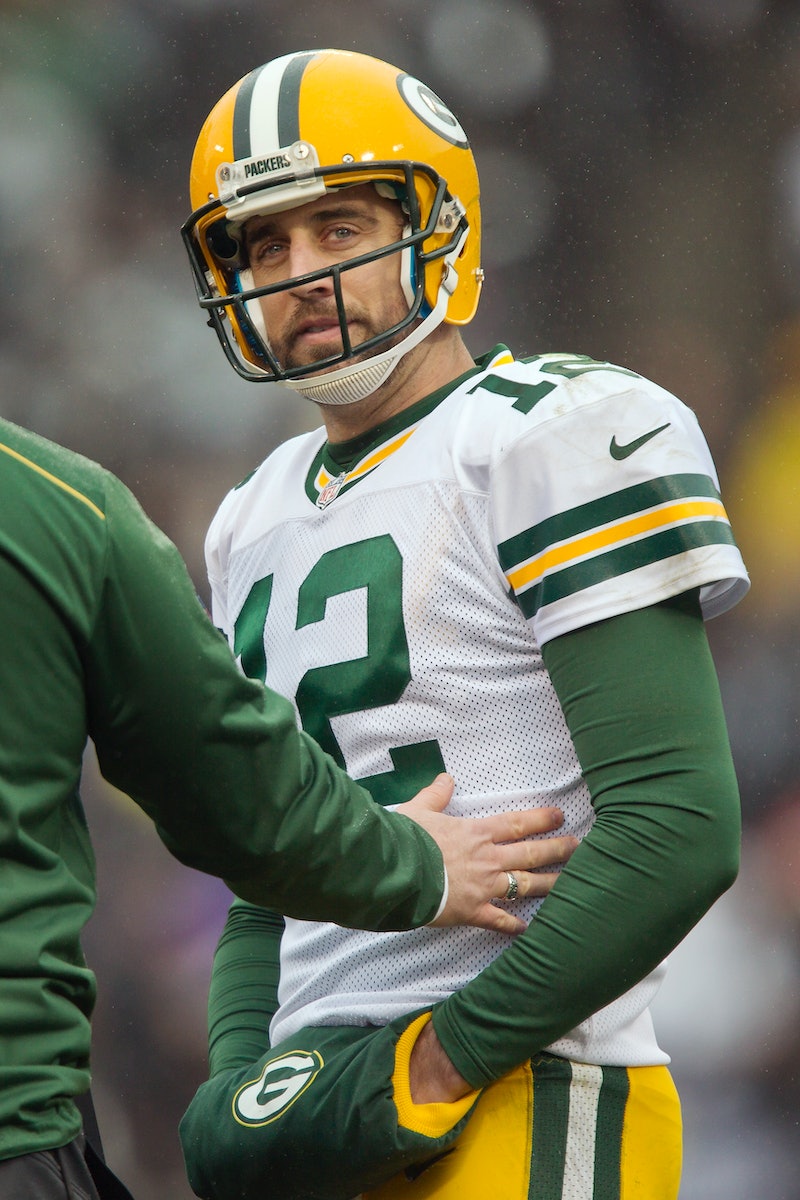 Customarily, Bachelorette contestants consist of a bunch of guys you've never really heard about before. From real estate agents like Chad to erectile dysfunction experts like Evan, these guys were completely unknown to us until they stepped out of that limo. However, there is one contestant this season that's become the exception to the rule. I'm referring, of course, to Bachelorette 's Jordan, whose older brother is Aaron Rodgers, quarterback to the Green Bay Packers. Regardless of whether you're a sports fan or not, there's a good chance you've at least heard the name before, and if not, you've certainly become acquainted with it by now, given that Jordan's brother is constantly being brought up on the show. But this isn't the first time Aaron Rodgers' football team has been associated with the entertainment industry. In fact, the Green Bay Packers have been linked to numerous movie and TV shows throughout the years.

Granted, athletes in general have been known to crossover to the silver or small screen over the course of their athletic careers. I mean, who could ever forget Michael Jordan's starring role in the looney tune-centric comedy Space Jam? Or Shaquille O'Neal's genie-esque character in Kazaam? However, the Packers football team in particular has garnered a lot fame in the industry throughout the years, proving that Jordan's many mentions of the team (and his brother) are just a drop in the bucket, given what they're used to. For example...

In acca-awesome film Pitch Perfect 2, you can find members of the Green Bay Packers — made up of Clay Matthews, David Bakhtiari, Don Barclay, Josh Sitton, T.J. Lang, and even Bachelorette star Jordan Rodgers — singing their hearts out to Destiny's Child's "Bootylicious." Obviously, it was amazing.

They've Been To The Office

They've Danced With The Stars

Retired football star Donald Driver took home the Mirror Ball trophy in Season 14, proving yet again that those coordination skills and quick feet really do come in handy on the dance floor.

They've Noticed There's Something About Mary

Aaron Rodgers' predecessor as the Packers QB, Brett Favre, made a special cameo in the film that you won't soon forget. You're welcome.

Granted, this was a very brief Clay Matthews cameo, but it still counts!

Greg Jennings appeared in the CBS drama back in 2010.

So bring on all the publicity, Bachelorette! The Packers are more than used to the attention.