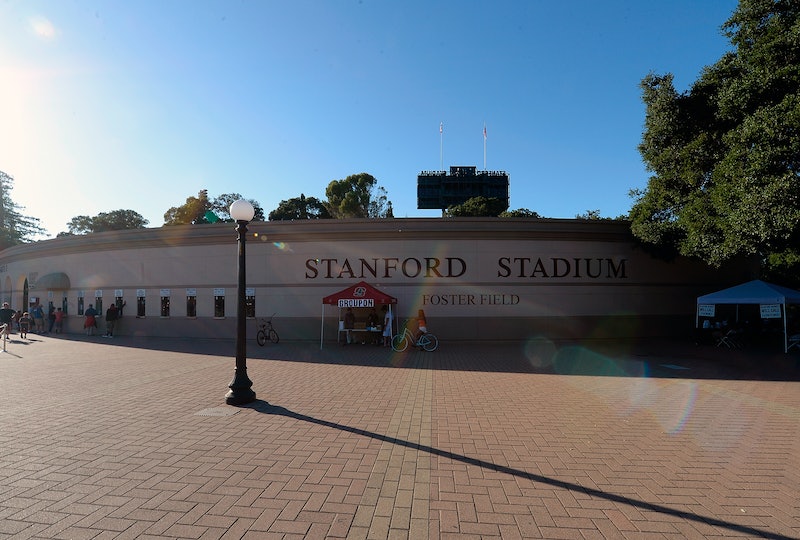 On Thursday, June 2, Judge Aaron Persky sentenced Brock Allen Turner, a 20-year-old Stanford swimmer, to six months in county jail in Santa Clara after Turner was convicted of three felony counts of sexual assault. He could have faced up to 14 years in prison. Turner's sentence could even be cut down to just three months if he behaves well throughout the duration of his time in jail, and Persky suggested that his sentencing shouldn't be longer than the six months because it "would have a severe impact on him," stating, "I think he will not be a danger to others." So, what is Judge Persky's prior ruling history on rape and sexual assault?

Many have described Turner's sentence as too lenient, noting that it doesn't take seriously the victim's abuses and the suffering and trauma she has endured since the assault. Petitions are circulating online urging that the judge be recalled.

Even so, the judge who ruled in favor of Turner's short time in county jail ran to become a judge in 2002 as a prosecutor who was tough on sex crimes. In a biography, he wrote, "I focus on the prosecution of sexually violent predators, working to keep the most dangerous sex offenders in custody in mental hospitals."

In 2011, Persky presided over another sexual assault case, in which a 17-year-old girl accused nine De Anza College students — all on the basketball team — of gang-raping her at a house party. According to the Mercury News, Persky allowed the following as permissible evidence in the case:

Judge Aaron Persky ruled before lunch that Knopf can show the jury seven photos of the woman, whom the court is calling Jane Doe, partying about a year or so after the alleged gang rape. In the photos, she is scantily clad, wearing a garter belt and what appear to be fishnet stockings.

In one picture, a boy appears to be straddling her as she lies on a bed in what looks like a dorm room. Everyone in the photos is smiling and playing around, enjoying themselves. [Defendant Christopher] Knopf's lawyer says the photos are a "direct contradiction" of plaintiff's claim that she is socially isolated and socially reticent.

The statement plays into the discourse of "sexual promiscuity" of Turner's defense, but also into the dangerous rhetoric that what a woman wears is ever a valid reason for sexual violence. Persky's ruling in Turner's case has caused a stir, which led to a Stanford Law Professor to spearhead a campaign to recall the judge.

Cases of sexual assault and rape will not be taken seriously by a criminal justice system that not only often ignores the stories of victims, but also most often further traumatizes them by forcing them to recount the violence they endured only to be disbelieved. According to a RAINN report, of every 100 rapists, only three will ever spend a day in prison, and 54 percent of rapes will not even be reported to police because most cases will not lead to an arrest.

When will our legal system take sexual violence cases seriously?