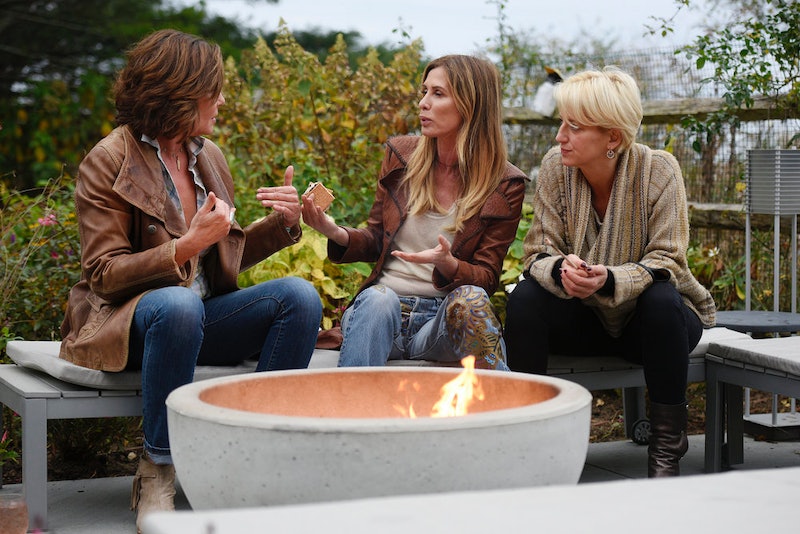 Carole Radziwill and Luann de Lesseps have been on the outs for about a season now on Real Housewives Of New York, and I have to say it is for a good reason. Basically, Carole started dating a hot, vegan, twenty-something chef (that Luann’s niece allegedly also dated), and Luann, whether through jealousy or malice, called Carole all sorts of names, like pedophile, sugar mama, cradle robber, etc. You get the point. Now more than halfway through a new season, Luann has finally apologized to Carole, but I’m not so sure it will stick.

At the beginning of this season (which is so wonderful I can’t even praise it enough, but more on that later), Carole had pretty much decided that she didn’t want anything to do with Luann. I mean, Luann said some pretty awful things, and Carole didn’t feel the need for her friendship. I get it — if someone, especially a friend, dragged you through the mud because of a new boyfriend, I’d probably be done with that friend, too. Motivated by the desire to be included or just not iced out anymore, Luann apologized to Carole at Ramona’s holiday party. Though the apology seemed genuine and Carole was nice about it, I don’t think this will mend fences between the two women.

I really think that Luann thinks she did nothing wrong in saying all those things about Carole. She called herself Teflon, and that works in two ways — that nothing anyone says will bother her, but also that she can’t be called out for anything she says. I think Luann finally realized that Bethenny (who is the queen of the franchise, if we’re being honest) was not going to let Luann back in unless she apologized to Carole, so she dropped a halfhearted “sorry” in Carole’s lap and expected her to move on from it. Will these two be friends? As long as Carole’s still with beau Adam, I don’t see it happening. Luann said some hurtful things, and those won’t just go away, apology or not.