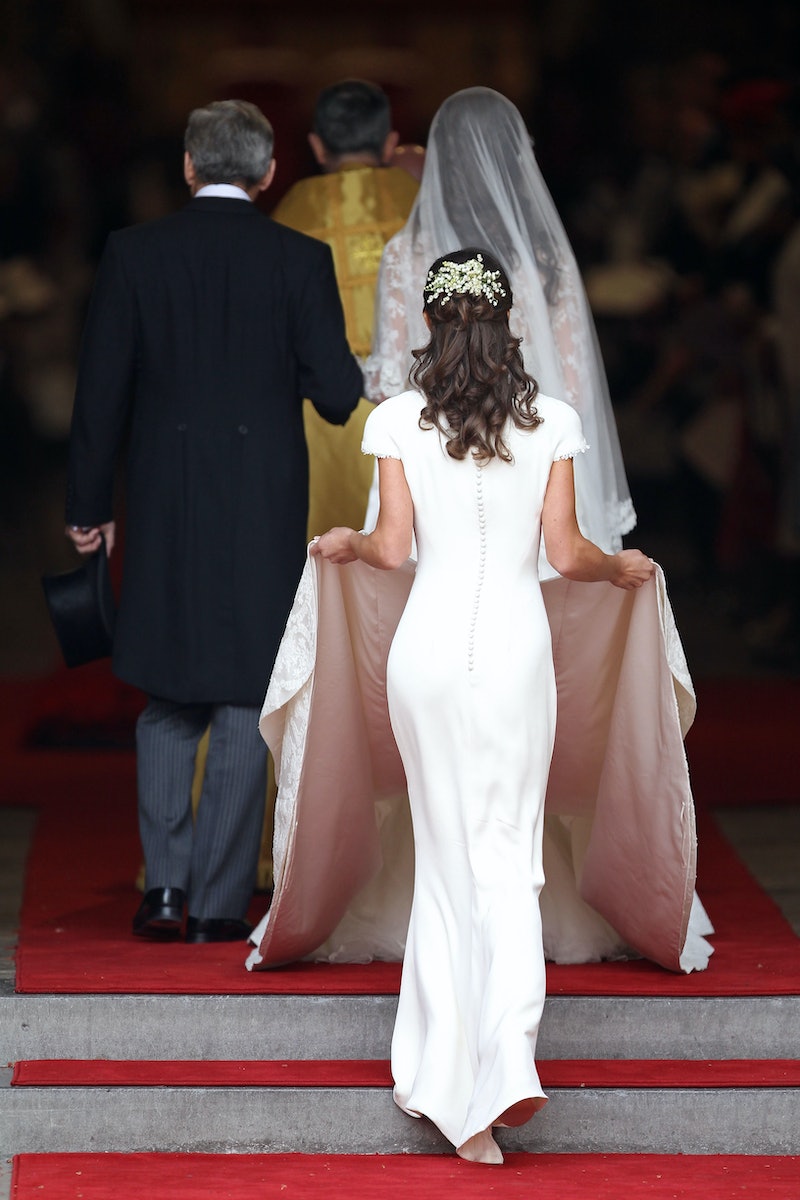 It's been three years since the Royal Wedding, but when people think of the gorgeous Pippa Middleton, one thing still comes to mind: her bridesmaid dress. While it launched her into worldwide fame, making her the envy of both women and men, Middleton kind of regrets how good she looked in the Alexander McQueen gown. Middleton spoke at the Women in Advertising and Communications dinner at London’s Savoy Hotel, confessing that she was “glad it fitted” but that “in retrospect it fitted a little too well.”

Middleton poked fun at the custom dress, which was designed by Sarah Burton, saying "as I have found out, recognition has its upside, its downside and – you may say – its backside."

Thanks to that backside, however, Middleton became a global celebrity and was able to launch a party planning book called Celebrate. Sadly, it did not do as well as publishers had hoped. She was recently dropped by Viking Press after her book sold just 18,000 copies in the United States.

Middleton also spoke about the failure of her book at the dinner, saying that the criticism has been "hurtful and difficult." That hasn't stopped her from continuing her writing career. Middleton still writes columns for both Vanity Fair and supermarket Waitrose's magazine.