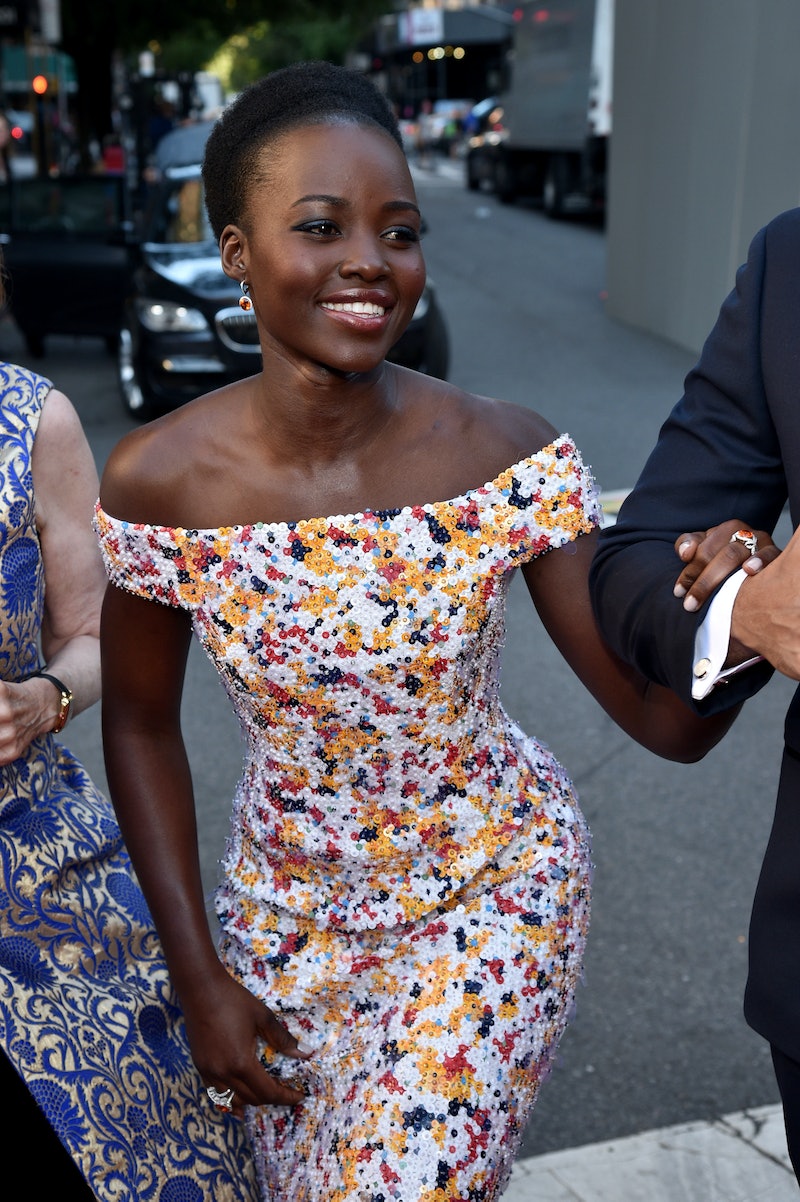 Remember how hard Lupita Nyong'o, who is nominated for the 2016 Best Actress in Play Tony Award, owned each and every red carpet during the 2014 and 2015 awards seasons? All of her dresses were impeccable and there were no fashion missteps in her repertoire. Nyong'o's 2016 Tony Awards dress could veritably have been worn during that period, since it was so stunning. She rocked a clingy, white column dress with a floral print. It was off-the-shoulder and utterly feminine. Once again, Nyong'o was a vision of loveliness at a major event. Because when isn't she?

As previously stated, Nyong'o's run up to the Academy Awards was flawless. She hauled in an armful of awards in princess-like style and the season culminated in her picking up the Best Supporting Actress Oscar for her work in 12 Years A Slave. Fast-forward two years and Nyong'o's bright, tres sophisto style remains fully and beautifully in tact.

Nyong'o, who has been earning more professional and critical accolades for her work on Broadway in Eclipsed, the play that centers on five Liberian women during the Second Liberian Civil War, has firmly established herself as "one to watch" and a vision on red carpets. For her latest big night, Nyong'o's dress was absolutely elegant.

Nyong'o epitomizes grace and class on the red carpet, often choosing dresses that flatter her slim figure. At the 2016 Tonys, she was statuesque. Upon closer inspection, you can appreciate the gown's beading and those delicate, cap sleeves were such a sweet touch.

Update: Nyong'o accessorized her gown with Tiffany and Co. jewels, including matching Spessartite and Diamond earrings and rings, as well as a Fire Opal and Diamond ring.