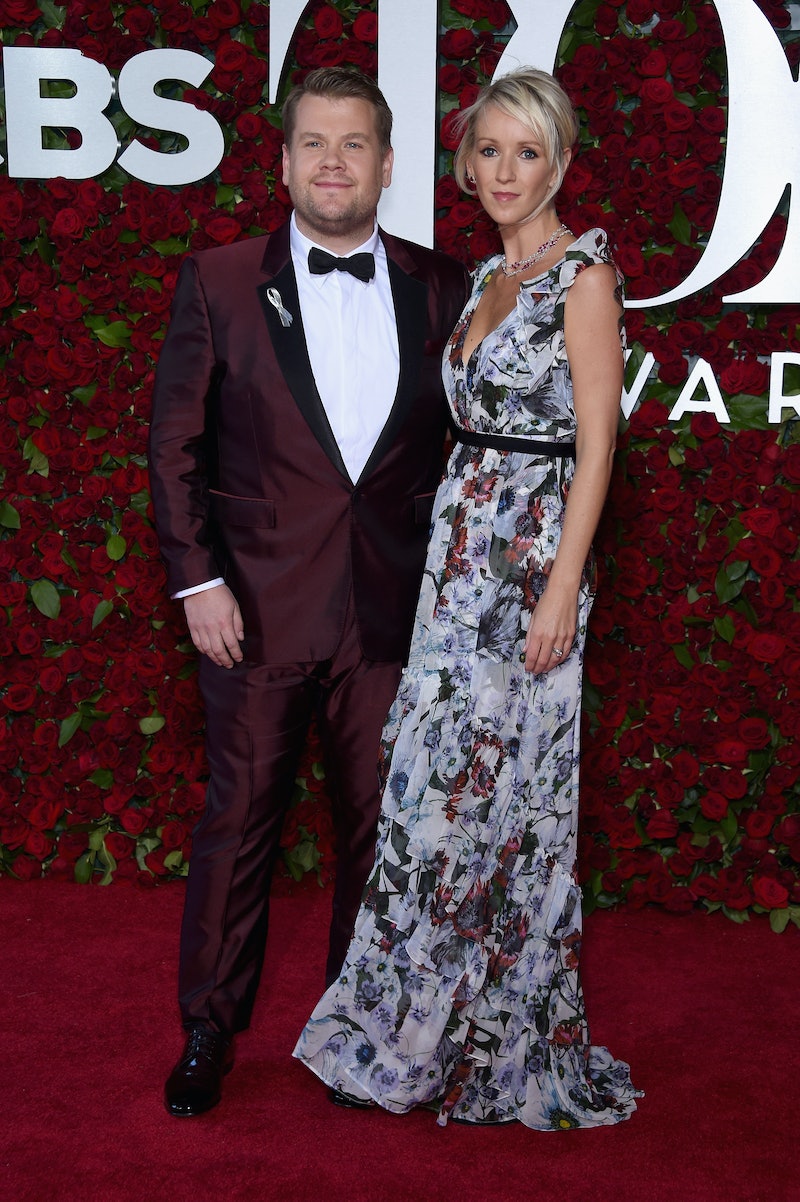 Even if you've never had any interest in musical theater, chances are you're pretty stoked for the 2016 Tony Awards. At the very least, everyone and their mother are tuning in to see Lin-Manuel Miranda and the cast of Hamilton perform — not to mention probably scoop up the majority (if not all) of the record-making 16 awards the show is nominated for. Plus, some of our favorite television and film actors like Danielle Brooks, Lupita Nyong'o, Jessica Lange, Michelle Williams, and Jane Krakowski are sure to show up. Oh, and James Corden is hosting. So, yeah, it's gonna be a pretty fantastic night of musical theater television.

But before we get into all the singing and dancing and speech-giving, there's the wonderful red carpet. Fashion at the Tonys tends to be pretty gorgeous, with dramatic floor length gowns, jewel-toned fabric, and all-over sequins being popular year after year. Will Kendall Jenner show up in another mini skirt? Could J.Lo possibly outdo her celestial look from 2015? Or will a brand new style star make their debut? With how Broadway's been this past year, it seems like the latter is certainly most likely.

So while you wait for all the magical performances, scroll on through every single one of the looks to walk the carpet at the 70th Annual Tony Awards.

You can't really go wrong with red, can you?

Angela Chase? Is that you?

That off-the-shoulder detailing is too good.

This is the definition of jaw dropping.

Loving everyone taking inspiration from the golden Tony award tonight.

That color is just too good.

I think this is my favorite dress of the night.

This might win for most fun look of the night.

The guys are seriously slaying the red carpet this year.

A stunner in blue.

Very happy to see Byrne making a dramatic dressing choice. It's the Tonys, after all!

Loving all that sparkle.

When Blanchett attends an event, she brings it.

She Loves Me star Laura Benanti looks gorgeous on the carpet with her husband.

The Spring Awakening star rocks a killer dark lip on the carpet.

Purple and yellow is officially my favorite color combo for spring.

I think those sleeves just won him best dressed.

I'm living for this dress.

I know Hamilton is the thing to get excited for, but I'm personally just as stoked for a performance by Stoker and the rest of the Spring Awakening revival cast.

Much respect to the girl who wears leggings on the red carpet.

What a coupla cuties!

It seems like yellow is the color of the night, eh? I'm into it.

The two time Tony winner rocked the carpet in an amazing suit.

The Glee star looks stunning in black and white.

The costume designer whipped up ribbons to show support for the victims of Sunday's Orlando shooting.

Oh shoot! They're shorter than I remember, but I'd recognize those curls anywhere.

That orange is just too good.

And this yellow is just as fire.

The host of the red carpet showed up nice and early.

That gray hair, tho.

The Misery will be rocking Christian Siriano on the red carpet.

The model teased her purple smoky eye in a live Periscope stream leading up to the carpet.

The detailing on this glorious plum gown screams Westeros.