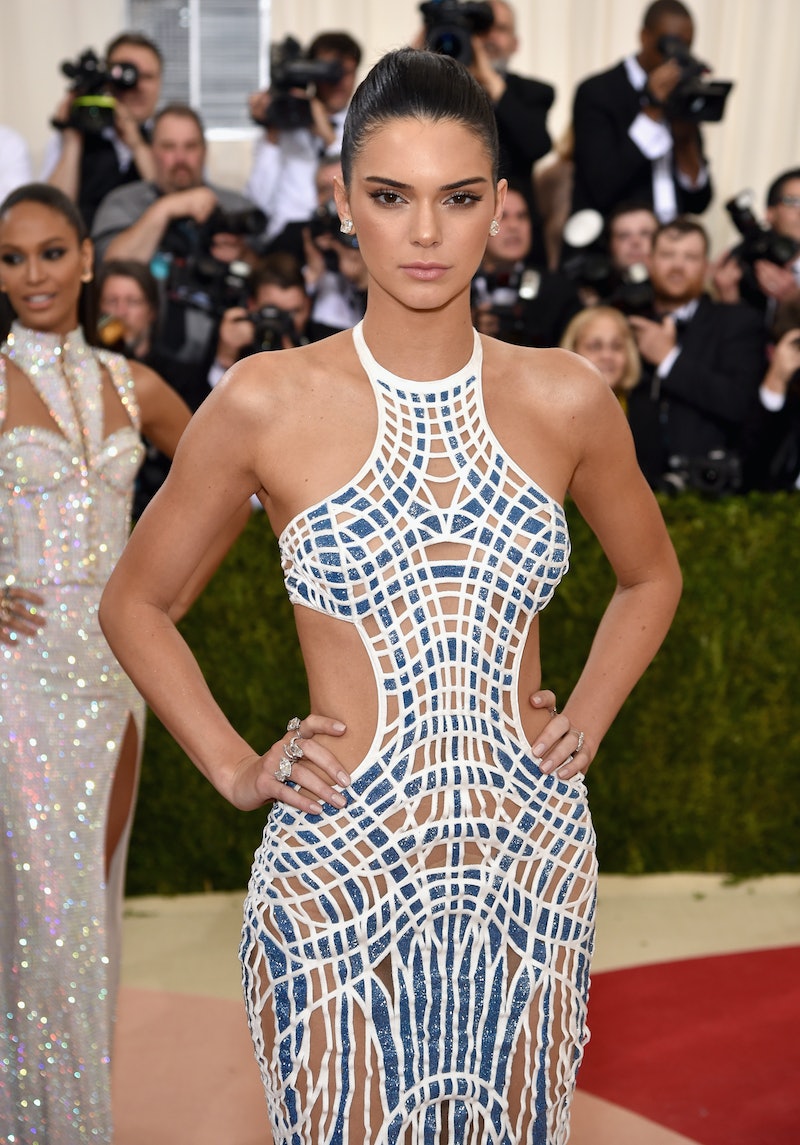 I’m sure you’ve heard the news by now, because when Kendall Jenner gets a haircut, well, it’s a pretty big deal. Initially, she only revealed a tiny peek of her new ‘do on Snapchat, but thankfully more photos of Jenner’s short haircut have surfaced. If you thought you loved her look after only seeing the tips (that were right up there by her collarbones, might I add) then, you’re really going to be head over heels with these photos of the entire look.

You don’t have to rely on that Snapchat sneak peek for all of your hair goals any longer. Thanks to the fact that she recently posed with a fan and got photos snapped of her while at a gas station, there are even more pictures of the 'do circulating on the Internet. She couldn’t hide that new head of hair of hers for too long.

These snaps prove she's still rocking her classic middle part because some things will never change. But, she has already had a little bit of fun experimenting with this new length and pulled those locks into a tiny bun while making a fashionable pit stop. I’m sure you were already convinced, but now you can see for sure that long or short, this girl’s got her hair situation down pat.

Jenner only gave us a glimpse of her new 'do at first.

But, the Internet is here to keep us from wondering about what her chop could possibly look like for any longer.

She's already found a way to style her new look. Gotta keep it trendy, you know?

I'm loving her shorter hair. Even trips to the gas station are so chic.

She's always been able to effortlessly pull off a middle part.

And she can even make a half bun work on the red carpet.

So, besides the length, not much has changed.

Because she's always had a killer hair game.